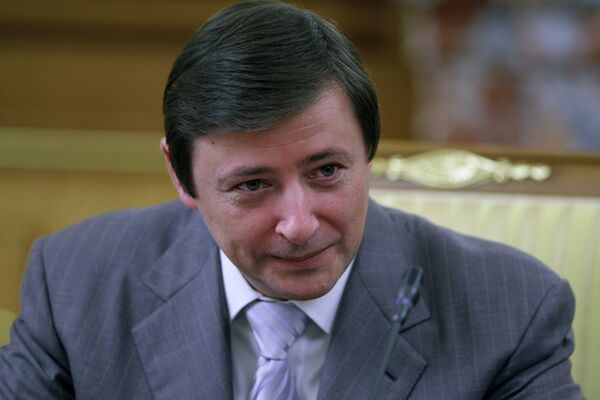 The North Caucasus has been plagued by militant violence for years, with attacks on police, soldiers and officials a daily occurrence. It has also seen two brutal separatist wars in Chechnya.

In the nineteenth century and following the Soviet era, the North Caucasus was a major travel spot with picturesque rocks, meadows, mountain rivers, and lakes, which attracted people to the area, as well as sulfur springs and historical Medieval watch towers.

The cost of the project exceeds twice that for the Sochi-2014 Winter Olympic Games. It is estimated about 451.44 billion rubles ($15 billion). Institutional investors are set to allocate half of the amount and 119.28 billion rubles may be given by private investors.

Khloponin said the government is expected to provide only 13% of the total cost of the project for the creation of the traffic infrastructure and engineering facilities.

Kommersant quoted a member of the working group, IST Cosulting Group executive director, Saaken Kanapyanov, as saying Sberbank may become an investing consultant for the project.

According to the expert, the investment proposals on the projects have already been presented to Morgan Stanley, JPMorgan, Citi, and Allianz investment banks.

Bilalov told Kommersant the payback period for the project is about ten years.

The paper quoted the sports official as saying the new project will give 160,000 workplaces for people in the district. The tourist turnover will comprise 5-10 million people annually, equal to Austria's resort turnover.

"Such figures are unlikely to be reached even after the constructions of new airports," Kommersant quoted a CNP tourism company CEO, Nikolai Puzarin, as saying.

The authors of the project plan to spend about 175.56 billion rubles ($5.85 billion) to develop the hotel infrastructure.

Kadyrov announced his plans in early January to develop tourism in the republic. He said the Argun Gorge, one of Chechnya's most picturesque areas located on the border with Georgia, could be an ideal place for a ski resort.