No failsafe way to prevent methane blasts in coalmines - expert 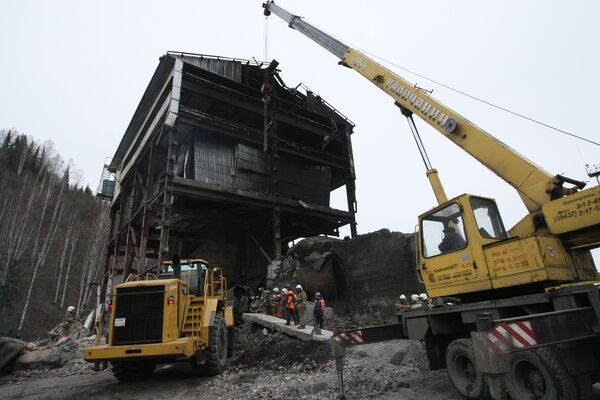 Even the most advanced safety system cannot provide 100% protection against methane gas explosions in mines such as the one in Siberia last weekend, a leading Russian expert said on Tuesday.

Even the most advanced safety system cannot provide 100% protection against methane gas explosions in mines such as the one in Siberia last weekend, a leading Russian expert said on Tuesday.

Two blasts that hit a coal mine at Kemerovo region in Western Siberia on Saturday night claimed at least 52 lives leaving more than 70 people injured and 38 people missing.

"To tell the truth, methane has always been there in the coal mines, and unfortunately there are no effective systems capable of immediately switching off electric equipment ... when an explosive concentration of methane is detected," said Anatoly Dzhigrin, head of research at Skochinsky Institute of National Mining Research Center.

He said it takes existing anti-explosion systems up to 15 seconds to analyze the risk, more than enough time to spark an explosion. Dzhirgin said work on faster detectors has not yet reached a practical stage.

Dzhigrin said he was sure the first blast was caused by methane while the second one was probably caused by coal dust, which could have been localized.

According to Dzhigrin, it is easier to avert blasts caused by coal dust than methane. There a lot of advanced methods to avoid explosive concentrations of coal dust developing in a mine. One of them is the irrigation of the coal masses with special moisturizing substances that prevents the dust to turn into suspension.

"We should learn from foreign experience in fighting dangerous coal dust," the scientist said, adding that attempts to neutralize methane in similar ways are useless.

"The best way is to carry on the degassing [pumping methane out of the mine], but it is useless to 'tie up' methane," Dzhigrin said.

"Coal beds contain so much methane that it could blow up every single day. Only God saves us," the scientist said.

Russia has several systems to localize blasts caused by coal installed at mines in northern Russian city of Vorkuta. Dzhigrin said such equipment is highly valued abroad and there are several joint projects with China and Ukraine concerning the methane localizing systems. Kuzbass coal mines do not use such equipment yet.

Western Siberia has one of the world's highest rates of blasts caused by methane.

Every year at the beginning of the June, Novokuznetsk industrial exhibition company Kuzbass Fair holds an international Coal and Mining expo that brings together companies producing coal mining equipment from all over the world.

The participants hold joint meetings with local coal mining firms and contracts to buy foreign equipment are signed, but they cannot solve the problem of safety breaches and malfunction of the worn-out hardware.

The two of the most deadly coal blasts occurred in Kuzbass, took place in 1997 when the blast at the Zyryanovskaya coal mine claimed 67 lives.

Ten years later, in 2007, an explosion at the Ulyanovskaya coal mine killed 108 people including eight top officials who had gone underground to test new methane controlling equipment from Britain.