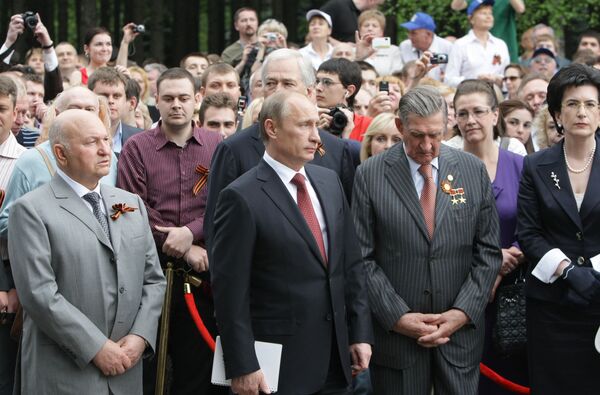 "I believe that a new, good page will open in Russian-Georgian relations. We are open to dialogue with all constructive political forces in Georgia that are looking for a true partnership with Russia, and we will definitely restore such partnership," he said.

His aide Dmitry Peskov said Putin was due to meet another opposition figure, Zurab Nogaideli, former prime minister and leader of For a Fair Georgia public movement, later in the day.

Georgian opposition leaders have been frequently coming to Russia to meet Russian officials and representatives from the Georgian diaspora in Russia in a bid to create a "Georgian lobby in Russia."

Visits of Georgian opposition representatives to Russia have infuriated the Georgian government. Relations between the two countries came to a standstill after the five-day war between Russia and Georgia over the former Georgian republic of South Ossetia in August 2008.

Following the war, Russia recognized the independence of South Ossetia and another former Georgian republic, Abkhazia. Only Nicaragua, Venezuela and the tiny Pacific island state of Nauru have followed suit.