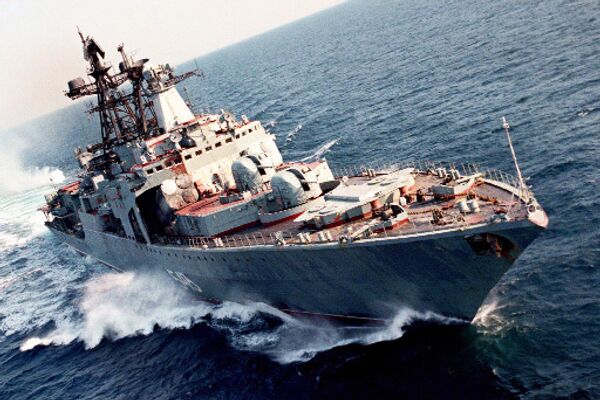 "Unfortunately, at present there exist no legal rules for prosecuting in court the pirates operating in the region of Somali," the source said. "This means they do not fall under the jurisdiction of any state or international law."

Commandos from the large anti-submarine warship Marshal Shaposhnikov freed the tanker earlier on Thursday in a 22-minute operation that saw one pirate shot dead. The vessel, on its way from the Red Sea to China, was seized on Wednesday.

The source added that after the pirates had been disarmed and their navigation equipment removed, they were "put into an inflatable boat" and pushed off into the sea.

The news comes shortly after Russian President Dmitry Medvedev had pledged to punish pirates who seize vessels off the Somali coast.

"We will have to act as our forefathers did when they met pirates", the Russian president said. "Of course, we will fight pirates with the full force of naval law."

He did not specify exactly how the pirates should be punished.

Somali pirates carried out a record number of attacks and hijackings in 2009. According to the International Maritime Bureau Piracy Reporting Center, a total of 217 vessels were attacked last year, resulting in 47 hijackings.