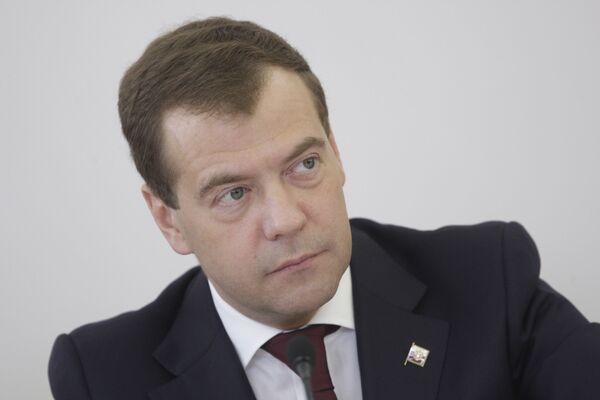 The statement came after a Russian assault operation freed the Moscow University tanker, hijacked on Wednesday near the Gulf of Aden.

None of the 23 Russian crewmembers on board the tanker were injured during the vessel's release. Ten pirates captured in the operation are to be sent to Moscow for proceedings.

Russia has repeatedly called for the creation of a special juridical body to try hijackers captured during anti-piracy operations off the Somali coast. In late April, the UN Security Council adopted Russia's proposal to consider the creation of a new court for this purpose.

Russia's ambassador to the UN, Vitaly Churkin, has said that sometimes "people suspected of piracy are released just because it is impossible to bring them to justice quickly".

Until a legal system allowing hijackers to be punished is created, "we will have to act as our forefathers did when they met pirates", the Russian president said. "Of course, we will fight pirates with the full force of the naval law."

The president did not specify how exactly the pirates should be punished.

"I will give orders to the foreign minister and you concerning the creation of an international [legal] anti-piracy base," Medvedev told the defense minister.