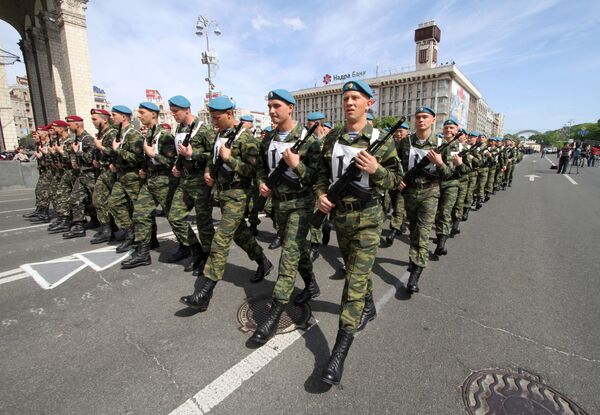 "Think of this problem. I'm serious. If necessary, take measures together with scientists. There are practices that prevent bad weather," Yanukovych said.

Although Russia routinely uses cloud-seeding to keep rain away from major celebrations, particularly in Moscow, it turns out that Ukraine's Defense Ministry no longer has such capabilities.

"The ministry has no service that would disperse the clouds. We do not do it anymore," a Ukrainian Defense Ministry spokesman said.

Yezhel - put on the spot by Yanukovych after reporting to the president on the military's preparations for the Victory Day - assured the president that fine weather was forecast for Sunday's parade in Kiev, but said the celebration would go ahead come rain or shine.

Yanukovych also called on the government to finish preparations for the country's marking of the 65th anniversary of victory over Nazi Germany in World War II.

In Moscow, Mayor Yury Luzhkov becomes a weather chief ahead of major outdoor public events such as Victory Day and City Day.