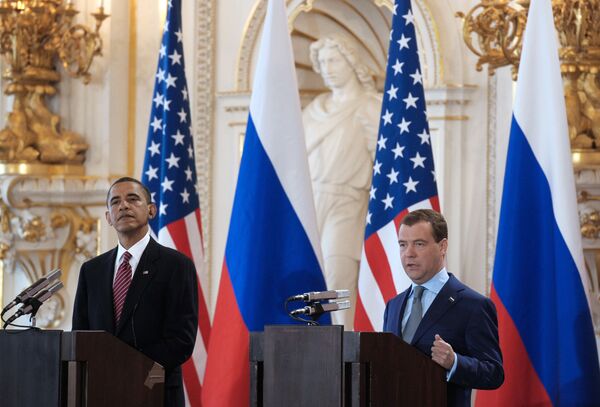 Russia hopes that the Obama administration will resubmit the Russian-U.S. agreement on cooperation in the peaceful use of nuclear energy to the Senate for ratification.

Russia hopes that the Obama administration will resubmit the Russian-U.S. agreement on cooperation in the peaceful use of nuclear energy to the Senate for ratification, Russian Deputy Foreign Minister Sergei Ryabkov has said.

The Bush administration recalled the agreement, signed in Moscow on May 6, 2008, from the upper house of the U.S. parliament soon after the August 2008 war between Russia and Georgia over South Ossetia.

Ryabkov told journalists in New York, where the review conference on nuclear non-proliferation is under way, that the decision by the former U.S. administration had nothing to do with the content of the agreement.

"That was a politically motivated move. We hope that the current [U.S.] administration will review this decision and resubmit the agreement to the Senate for ratification," Ryabkov, who heads the Russian delegation at the conference, said.

He described the agreement as "mutually beneficial, enlarging the agenda of Russian-U.S. relations and emphasizing the leadership of Russia and the U.S."

The agreement stipulates that Russia may supply low-enriched uranium for U.S. nuclear reactors and envisages the exchange of nuclear technologies between the two countries.

Russian President Dmitry Medvedev and his U.S. counterpart Barack Obama agreed to take efforts to solve the issue during Obama's visit to Moscow in July 2009.