UN to give Kyrgyzstan $12 mln in financial aid 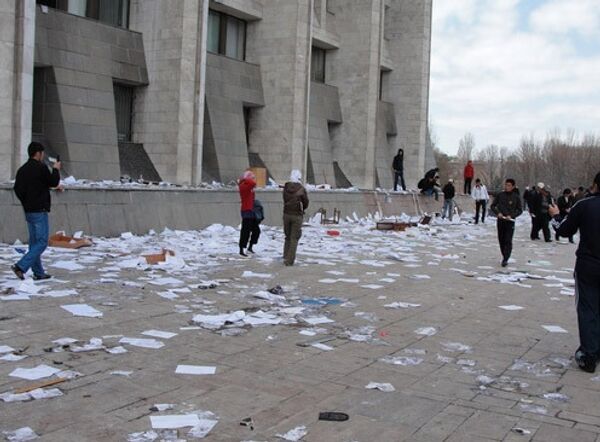 The United Nations is ready to allocate some $12 million in financial aid to Kyrgyzstan, UN secretary general's special representative for Central Asia said on Tuesday.

The United Nations is ready to allocate some $12 million in financial aid to Kyrgyzstan, UN secretary general's special representative for Central Asia said on Tuesday.

Miroslav Jenca said the UN was ready for close cooperation with the republic's interim government, in particular to help it stabilize the situation in the country and deal with the consequences of the crisis, and move ahead with democratic reforms.

Jenca added that depending on the situation the amount of aid could increase.

During his visit to Kyrgyzstan, Jenca has already had talks with Kyrgyz interim government representatives on possible directions of UN-Kyrgyz cooperation in developing the constitutional process, and organizing a constitutional referendum and presidential elections that will meet international standards.

A UN expert will come to Kyrgyz capital on Wednesday to assess the draft constitution put forward by the provisional government, Jenca said.

Uprisings broke out in Kyrgyzstan on April 6, spreading across the country and lasting several days. President Kurmanbek Bakiyev was deposed and forced to flee the capital and later the country. An interim government was formed.

Jenca emphasized this is his second visit to Kyrgyzstan in the past two weeks, which he said spoke for the special attention that the UN secretary general was paying to the situation in the country.