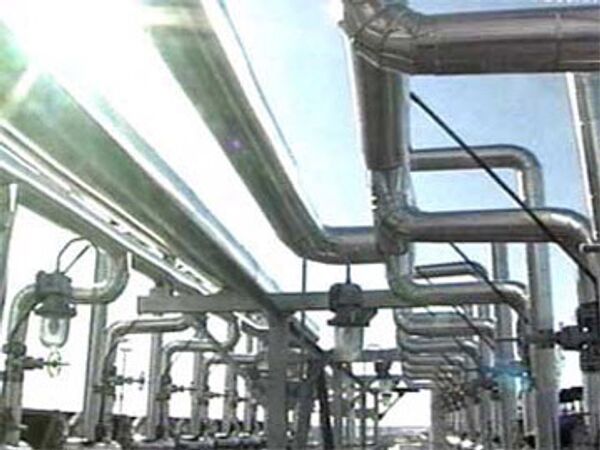 Belarus may import up to 10 million metric tons of oil (73 million barrels) from Venezuela in 2011, the director general of the Belarusian Oil Company said on Monday.

Belarus may import up to 10 million metric tons of oil (73 million barrels) from Venezuela in 2011, the director general of the Belarusian Oil Company said on Monday.

The agreements on the supply of up to 80,000 barrels of crude oil per day to Belarus were reached in March at a meeting between Belarusian President Alexander Lukashenko and his Venezuelan counterpart Hugo Chavez in Caracas.

The first 32,000 barrels of Venezuelan oil were delivered to the former Soviet republic on Sunday. The first 80-barrel batch of oil is expected to be delivered to Belarus's Mozyr refinery on May 12-13.

Oil is shipped to the Ukrainian Black Sea port of Odessa, from which it is delivered to Belarus by rail.

Some experts say the transportation of Venezuelan oil to Belarus is an unprofitable project, while the Belarusian government believes the project is advantageous for the ex-Soviet republic.

Zubkov said it would be clear by mid-May whether the deal was profitable or not.

Belarus has little hydrocarbon resources and depends on fuel supplies from Russia. Early this year the two ex-Soviet neighbors were involved in a dispute over oil supplies, as Moscow demanded Minsk pay full import duties on crude its refines and transits to Europe, dropping considerable subsidies.