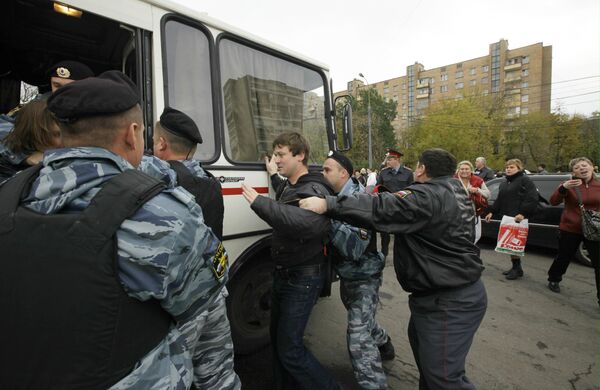 Russia still has one of the lowest levels of press freedom, according to an annual survey by Freedom House published on the organization's website.

Russia still has one of the lowest levels of press freedom, according to an annual survey by Freedom House published on the organization's website.

The survey shows the level of press freedom in Russia in 2009 almost unchanged from 2008, with the press in the country described as "Not Free".

Nordic countries - Finland, Iceland, Norway and Sweden - rank first in the list as the states with the freest media. The United States occupies the 24th position, along with the Czech Republic.

"In these states, which are scattered around the globe, independent media are either nonexistent or barely able to operate," the survey said.

In a list of 29 central and eastern European countries and former Soviet states, Russia occupies the 26th position.

"Russia, which serves as a model and patron for a number of neighboring countries, continues to have an extremely challenging media environment," the survey said.

This includes the "consistent inability of the pliant judiciary to protect journalists, increased self-censorship by journalists seeking to avoid harassment, closure of their media outlets, and even murder", as well as the "frequent targeting of independent outlets by regulators."

Freedom House said reporters in Russia suffer from a high level of personal insecurity, with impunity for murderers of journalists being the "norm."

Two journalists and a human rights activist who also worked as a reporter have been killed in Russia over the past two years.

The survey said the state's control or influence over almost all media outlets in Russia "remains a serious concern."

The survey shows global press freedom declining in 2009, with setbacks registered in nearly every region of the world. 2009 marked the eighth straight year of overall deterioration.

According to Freedom House, repression of print and broadcast journalism remains in place, while the internet and other new media have also been a focus of growing tension.