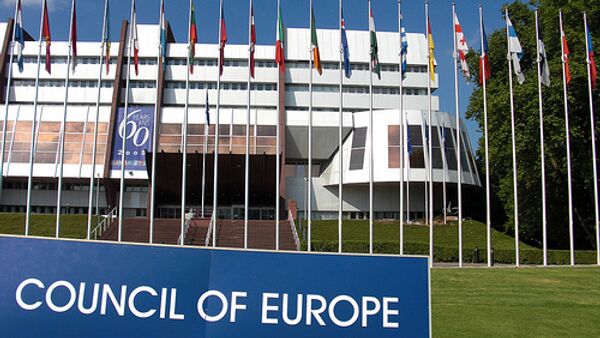 The Parliamentary Assembly of the Council of Europe (PACE) has decided to freeze contacts with the Belarusian parliament and high-level government members, a resolution adopted on Thursday said.

The Parliamentary Assembly of the Council of Europe (PACE) has decided to freeze contacts with the Belarusian parliament and high-level government members, a resolution adopted on Thursday said.

After a discussion about the situation in Belarus, PACE noted that the former Soviet republic has shown "a lack of progress towards Council of Europe standards" and "a lack of political will" to make progress in this direction.

"In particular, the Assembly condemns the executions of Andrei Zhuk and Vasily Yuzepchuk, which were carried out in March 2010 in conditions of total secrecy and at a time when the United Nations Human Rights Committee had requested a stay in the executions pending its examination of their cases," the resolution said.

However, PACE said it will continue to follow closely developments in Belarus.

Andrei Zhuk was convicted of armed assault and the murder of a man and woman in February 2009. Vasily Yuzepchuk was found guilty in June 2009 of murdering six elderly women in the Grodno region, Amnesty International said late last year.

The human rights organization said that Zhuk's lawyer had alleged procedural violations during his client's initial interrogation. The Interior Minister also referred to Zhuk as a "criminal" before his trial.

Amnesty International also said that Yuzepchuk, an illiterate Roma, claims to have been beaten in police custody, adding that "there is credible evidence that torture and ill-treatment are used to extract 'confessions'" in Belarus.