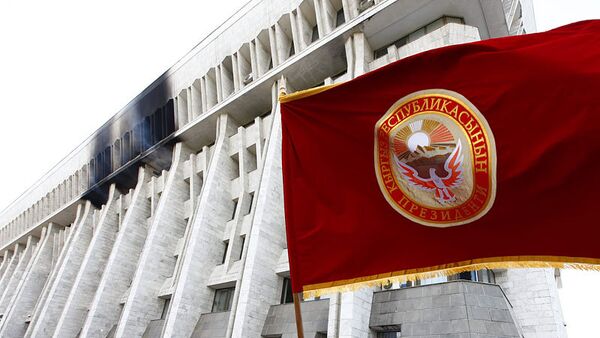 Opposition to Kyrgyzstan's interim government is calling for the country to be split into two republics, government officials said on Thursday.

Opposition to Kyrgyzstan's interim government is calling for the country to be split into two republics, government officials said on Thursday.

"Destructive forces based in the Osh and Jalalabal provinces are disseminating leaflets and video materials with calls for the country's separation," acting Interior Minister Baktybek Alymbekov said.

Separatists are seeking to divide the country in two democratic republics - the South and the North, with equal powers delegated to each. Alymbekov warned that tough measures would be taken against persons guilty of promoting such ideas.

"For six months before the parliamentary elections we will be exposed to political risks. Compounded by economic risks, the situation will get even worse," he said.

Tolonom Dyikanbayev, head of a committee in defense of ousted president Kurmanbek Bakiyev, said in an interview with Azattyk radio he would "press for the establishment of a federative system in Kyrgyzstan."

"Without addressing the issue, it is impossible to stabilize the situation in Kyrgyzstan," Dyikanbayev said.

The interim Kyrgyz government published on Monday a draft constitution that cuts the powers of the president and transforms the state from a presidential into a parliamentary republic.

Uprisings broke out in Kyrgyzstan on April 6 and quickly spread across the country. President Kurmankbek Bakiyev was deposed and forced to flee the capital and later the country. An interim government was formed under Roza Otumbayeva.