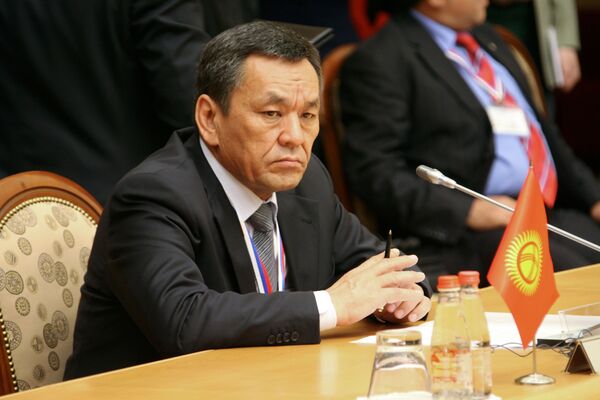 Kongantiyev was flown to Manas airport near Bishkek on Monday after being detained in Moscow in a joint Kyrgyz-Russian operation.

The former interior minister was apparently captured by protesters as he tried to appease a mass rally in the Kyrgyz city of Talas on April 6. He was later shown alive but beaten up in a television report. His subsequent location was unknown, with some media reporting that the ex-minister fled to Kazakhstan.

"The ex-minister is not accused of the murder of two or more people because, for obvious reasons, he was unable to give orders when peaceful protesters began to be shot at on the capital's central Ala-Too square," Azimbek Beknazarov said.

Large-scale anti-government protests swept Kyrgyzstan after the protests in Talas, claiming the lives of at least 80 people and leading to the overthrow of President Kurmanbek Bakiyev, who has since taken refuge in Belarus.