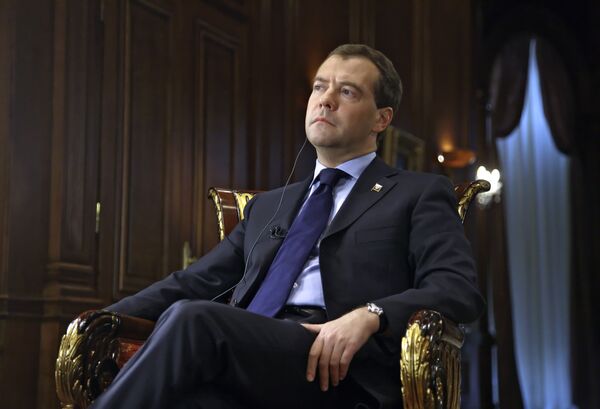 Russian President Dmitry Medvedev said Moscow is interested in cooperation with NATO on issues of anti-missile defense in Europe.

NATO foreign ministers agreed at their informal meeting in Estonia last week to begin dialogue with Russia on cooperation in the sphere of anti-missile defense.

Medvedev said in an interview with the Danish Broadcasting Corporation (DR) that Moscow has long "said that the system of global missile defense must protect not only a definite country or a group of countries, but function in the interests of all responsible participants of the international society."

NATO Secretary General Anders Fogh Rasmussen stressed last week in Estonia the importance of cooperation on missile defense that would protect the European and Russian populations against "a real missile threat."

Medvedev said Russia would agree to the proposal form the NATO chief.

He said Russia stands against the formation of air defense systems because they eventually "damage the current balanced system between the main nuclear powers."

"Either we are together or we [Russia] have to react somehow," he said.

In February, Romania and Bulgaria said they were in talks with U.S. President Barack Obama's administration on deploying elements of the U.S. missile shield on their territories from 2015.

On the whole, Medvedev said Russia wants to occupy a deserving place in the world.

"Russia simply wants good relations with other countries - both large and small ones. We believe that our country is an organic part of the modern world and want to develop along with the rest of the world," he said.

The Russian president added that "the face of modern Russia is a smiling face... But other countries must smile back at us."