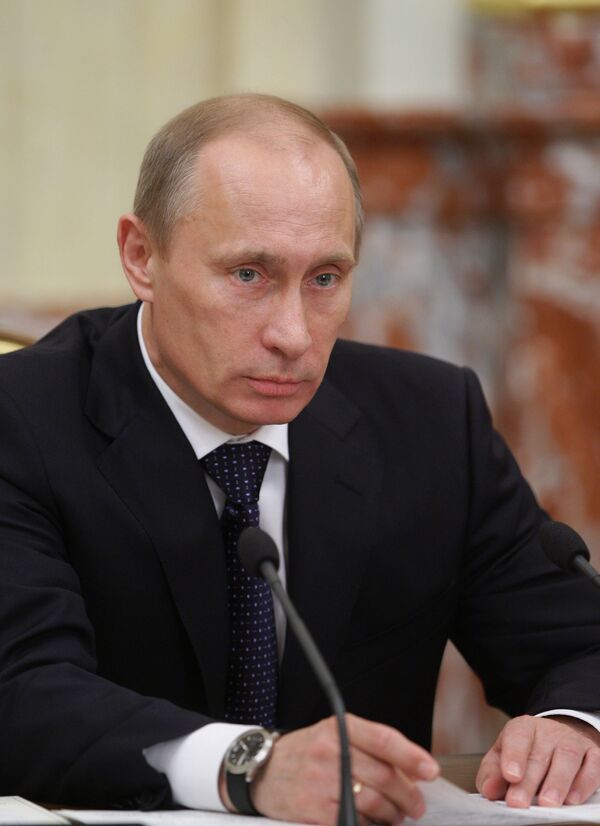 © RIA Novosti . Alexei Druginyn
/
Go to the photo bank
Subscribe
Russia and Ukraine have not yet discussed the modernization of the Ukrainian gas transportation system or Russian investment, the Russian prime minister said.

Russia and Ukraine have not yet discussed the modernization of the Ukrainian gas transportation system or Russian investment, the Russian prime minister said.

Ukrainian Prime Minister Mykola Azarov said on Sunday that Ukraine's gas transportation system will provide some $6 billion in annual revenues if Kiev manages to persuade Russia and the European Union to invest in the modernization of Ukraine's pipelines.

"We have not yet discussed possibilities for the modernization of the Ukrainian gas transportation system," Vladimir Putin, who is currently in Ukraine for an official visit, said.

The Russian prime minister said that Russia's investments in the modernization of the system depended directly on the political risks in the country.

"The issue of investing into additional infrastructure must take into account the political risks of gas transit countries," he said.

Ukraine's Prime Minister Azarov said the issue of the system's modernization was made possible by a 30% discount for Russian natural gas agreed by Russian President Dmitry Medvedev and his Ukrainian counterpart Viktor Yanukovych during a meeting in the eastern Ukrainian city of Kharkov last Wednesday.

The agreement reached in Kharkov stipulates that Russia will grant Ukraine a 30% discount on the gas price of $330 per 1,000 cu m over the next ten years.

In exchange, Ukraine has agreed to extend the term of the Russian Black Sea Fleet presence in the Ukrainian Crimea for 25 more years.

Azarov also said a $40-billion investment which Ukraine has secured as a result of the Kharkov agreements, exceeded total investment in the country since the collapse of the Soviet Union in 1991.

Russian business daily Vedemosti has counted that the discount provided to Ukraine would cost Russia $40 billion over the next ten years. However, some of the losses for the Russian budget will be compensated after 2017 when accrued discounts will be counted towards Russia's payments for the lease of the Black Sea Fleet base.