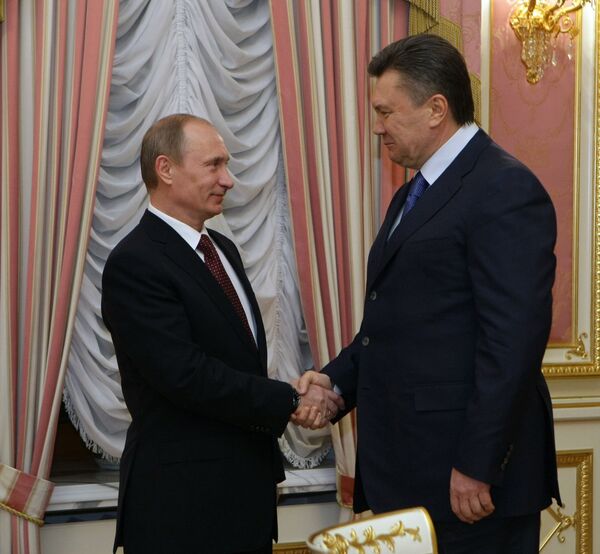 Russia forming a united nuclear energy holding with Ukraine that will allow Ukrainian nuclear companies to enter the Russian market and create possibilities for joint work in third countries, the Russian premier said.

"This is a very interesting proposal to form an enterprise for production of nuclear fuel not only for our [Ukrainian and Russian] nuclear power stations, but for third countries as well," Yanukovych told Putin.

"We might also cooperate in upgrading nuclear power stations, while the unification of nuclear power generation is an issue that was discussed in general terms for future implementation," he added.

Vladimir Putin arrived for an official visit in the capital of Ukraine, Kiev, late on Monday night.