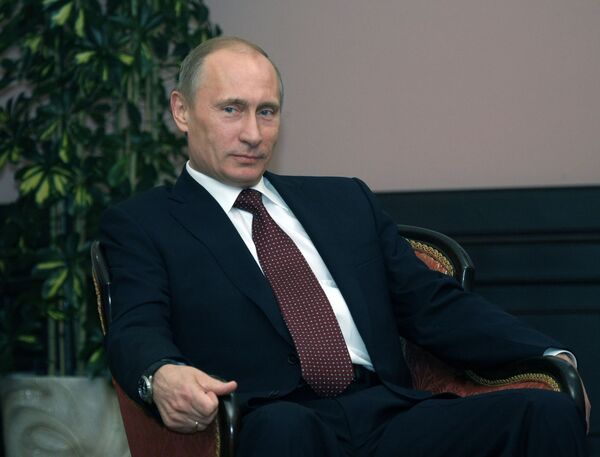 © RIA Novosti . Alexei Nikolsky
/
Go to the photo bank
Subscribe
Russia is ready to offer Ukraine large-scale proposals regarding cooperation in one of the leading economic sectors, the Russian prime minister said.

Russia is ready to offer Ukraine large-scale proposals regarding cooperation in one of the leading economic sectors, the Russian prime minister said.

"We are ready to offer some large-scale proposals on cooperation in one of the leading sectors," Vladimir Putin, who arrived for an official visit in Ukraine late on Monday night, said at a meeting with his Ukrainian counterpart Mykola Azarov.

The Russian premier did not specify which sector he was referring to but added that the proposals would be discussed on Tuesday with Azarov and Ukrainian President Viktor Yanukovych as well as during a session of the intergovernmental commission later in the week.

Azarov said Russia and Ukraine "still have a number of unresolved issues," however, the most important had already been settled.

Last Wednesday Russian President Dmitry Medvedev and Yanukovych signed an agreement to extend the lease on a Russian naval base in the Ukrainian port of Sevastopol for 25 years after the current lease expires in 2017, which may be further extended by another five years.

Ratification of the treaty is scheduled to take place on Tuesday during a plenary session of the Russian lower house of parliament, the State Duma, and a similar session in the Ukrainian parliament.