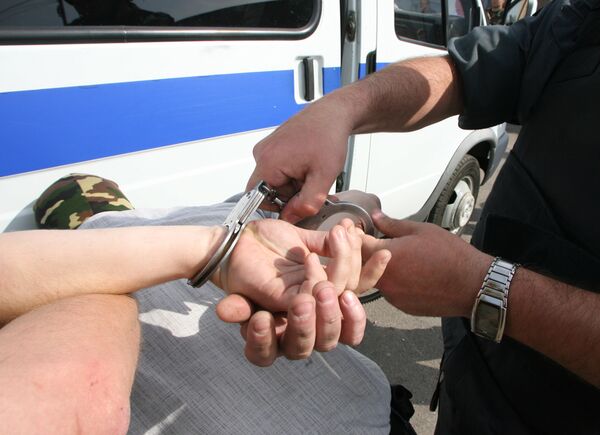 © RIA Novosti . Igor Zarembo
/
Go to the photo bank
Subscribe
A new bill submitted to the Russian parliament that allows "preventive measures" against individuals committing extremist actions has fuelled fears among opposition parties of a revival of Soviet-era practices, a Russian business daily said on Monday.

A new bill submitted to the Russian parliament that allows "preventive measures" against individuals committing extremist actions has fuelled fears among opposition parties of a revival of Soviet-era practices, a Russian business daily said on Monday.

Existing legislation allows the Russian Federal Security Service (FSB) to impose preventive measures, such as official warnings and fines, on organizations whose activities could be considered extremist, but does not allow these measures to be applied to individuals.

The government said in an explanatory note the new law is needed to "consolidate the establishment of special prevention measures."

"This is a Soviet-era practice that was used against dissidents and those who distributed ideologically harmful literature and engaged in similarly harmful conversations," Kommersant quoted Fair Russia party Chairman Gennady Gudkov as saying.

He said officers of the Soviet security service, the KGB, used "warnings" when "there was insufficient evidence for criminal persecution".

The pro-government United Russia party has more than two thirds of the seats in the State Duma, the lower house of the Russian parliament, enough to pass any bill.

"How can we not be scared?" Kommersant daily quoted member of the Communist faction, Viktor Ilyukhin as saying. "The new bill regards 'stoking social hatred' as an extremist action, so a warning can be given to anyone who criticizes the authorities."

Ilyukhin said the new bill was a reaction to the authorities' fear that popular dissatisfaction with current government policy could trigger mass protests.

"It all boils down to the fight against political dissent," Kommersant quoted expert of the Human Rights Institute Lev Levinson as saying. He added that the new law would "set the FSB officials loose," creating ground for the abuse of power.