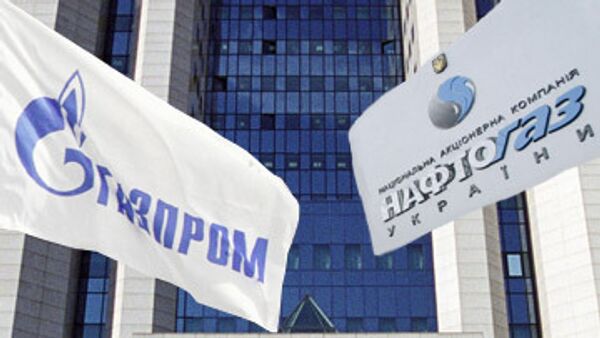 "We have enough money from our own balance to pay without involving budget funds, as it was before, and funds from the International Monetary Fund (IMF)," Yuriy Boyko said.

The minister said that the country gained this opportunity after Moscow granted Kiev a discount on gas.

Russian President Dmitry Medvedev and his Ukrainian counterpart Viktor Yanukovych agreed during their meeting on Wednesday in Kharkov in east Ukraine that Russia would grant Ukraine a 30% discount on the gas price of $330 per 1,000 cu m over the next ten years.

Boyko added that according to the additions to the gas contract, penalties imposed on Ukraine for shortage of gas were lifted.

Ukrainian Deputy Prime Minister Sergei Tigipko earlier said that Ukraine planned to request a $12 bln loan from the IMF under a new partnership program designed for a period of 2.5 years. The Ukrainian authorities expect to reach agreement under the new program in early May and obtain the first loan tranche already in June 2010.

Russian Finance Minster Alexei Kudrin said on Sunday Russia would back a new program of cooperation between Ukraine and the IMF, which is due to help Kiev to receive a $12 billion loan.