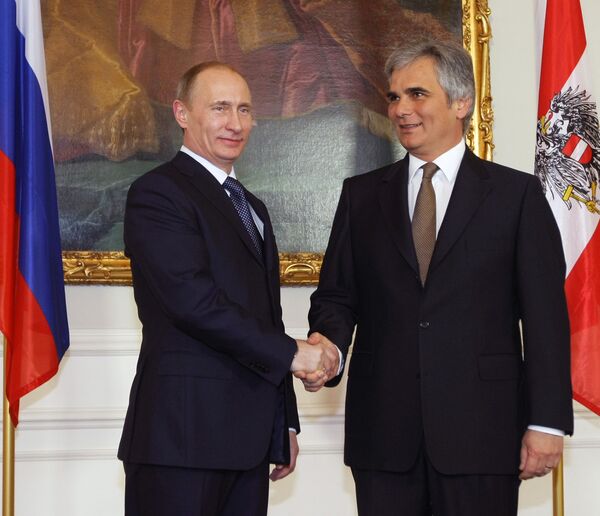 Russia and Austria signed a deal in Vienna on Saturday on Austria joining the South Stream gas project.

Russia and Austria signed a deal in Vienna on Saturday on Austria joining the South Stream gas project.

The gas pipeline is designed to carry 31 billion cubic meters of Russian natural gas a year across the Black Sea to Bulgaria and further on to Italy and Austria.

The agreement is the last deal necessary for the start of the project.

The pipeline is expected to go into operation in 2015, its capacity eventually reaching 63 bcm, or some 35% of Russian gas supplies to Europe.

Russia has already signed intergovernmental agreements with Bulgaria, Serbia, Hungary, Slovenia and Croatia to implement the onshore part of the project.

The project is part of Russia's efforts to reduce dependence on transit nations, particularly Ukraine. It is widely seen as a rival project to the EU-backed Nabucco, which would also transport Caspian and Central Asian gas to Europe but would bypass Russia.