There is no Race for the Arctic - Norwegian expert 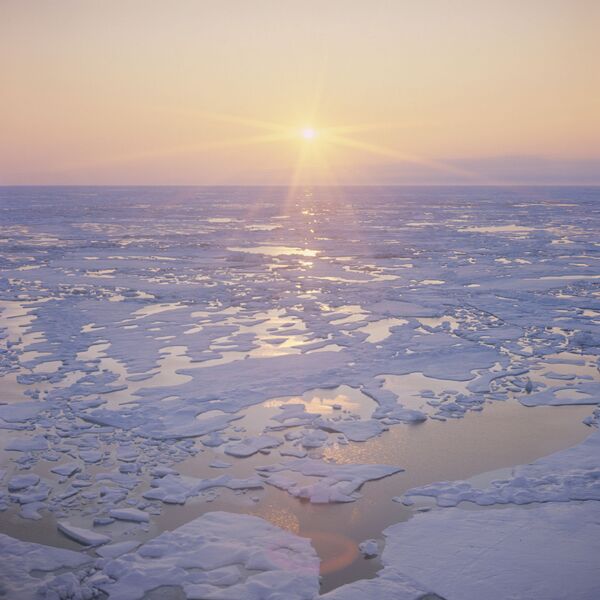 Willy Ostreng, Professor and Chairman of the Research Institute Ocean Futures from Oslo, Norway, discusses with RIA Novosti the Arctic’s natural resources and heated issues in the region

- Can we say that there is a “Race for the Arctic” today?

In my mind, there is no serious Race for the Arctic. This is to a large extent a misconception created mostly by media. In light of the sea ice melt, what we see these days, and probably will see more of in the future, is a steadily mounting multilateral interest for the rich deposits of Arctic resources, in particular oil and gas. The very concept of a Race presupposes that there is something to race for - something that does not belong to anybody and that will be the property of the first party to cross the finish line - and that will happen at the expense of the other “runners.”  But what is there to be acquired in the Arctic that does not already belong to someone, and who are the runners?  When it comes to resources, the ownership is already settled in compliance with international law. The resources located on land and on the continental shelf , or 350 n.m from the baselines, are the possessions of the coastal states. Within the continental shelves there are two kinds of sea bed areas that still have an uncertain status and that may contain resources of a certain value. The first seabed area concerns the location of the boundaries between the continental shelf and the deep sea bed of the Central Arctic Basin. Here all coastal states apply the rules and procedures prescribed in the Law of the Sea Convention of 1982 and use the to help out. This is not a matter of politics and/or resource race, but a matter of submitting sufficient geological quality data to the UN Continental Shelf Commission, which will help out in defining the exact border. The other uncertainties remaining relate to the sea bed areas between adjacent states, for instance in the Barents Sea between Norway and Russia. The two countries have been negotiating on and off to find a delimitation line for 36 years without yet reaching full agreement. The parties claim that they agree on approximately 80% of the delimitation line, and that none of them are in a hurry to find a solution. What both parties apply is patience, a lot of time and the strategy of small steps. The same applies to most of the other outstanding border disputes in the Arctic Ocean waiting for a final solution. If this is a race for resources, it is the race of turtles, not of hares. When  the parties reach a final agreement they have shared the disputed area and non-Arctic-states have no access unless they are invited to take part by the coastal states.  The only seabed area that do not sort under national jurisdiction is located to the Central Arctic Basin which according to the Law of the Sea Conventions, is the common heritage of mankind - the collective property of humankind - an area belonging to all. Why race to an area that you already have a share in, that will not be open for resource exploration and exploitation for decade to come due to the ice cover and that is poorly researched when it comes to resources?  In short: The bulk of Arctic resources already sort under national jurisdiction. Access to these resources for third parties can only be achieved through cooperation with the proprietors of the resources. This does not an invitation for a race, but for international cooperation.

- Do some countries actually try to limit Russian activity in the Arctic?

I see no state trying to limit Russian activities in the Arctic. This is so because all states see it in their national interest to keep the conflict potential under control to be able to harvest resources that are strategically important to their own national well-being. This is not to say that conflicts can not flare up and hamper resource exploitation in the future. But if conflicts take front stage in Arctic politics it is because two or more states cannot agree on a specific topic, and not because some states per se are out to limit Russian activities in the region. One conflict prone area concerns the legal status of the Northern Sea Route and the Northwest Passage of which the Arctic states have different views. Freedom of navigation and transit passage is here up against national control in waters claimed to be internal. To sort these differences out require fine tuned politics, subtle diplomacy, and a willingness of all parties to find pragmatic solutions.

- What kind of instruments can be used by each of the five countries for upholding their interests in the region?

The short answer can be divided in three: 1. Through international cooperation and diplomacy in regional organs like the Arctic Council, the Euro-Arctic Barents Region, Northern Forum etc. 2. through bilateral cooperation to resolve outstanding questions between neighbours, in particular to reach agreement on delimitation issues, and to handle border crossing issue (fish stock management, rescue, environment etc.). 3. Strengthen the position of the International Maritime Organization to standardize rules for shipping in ice-infested waters and make them mandatory through international agreements  and conventions. In particular, I think there is a pressing need to strengthen the position of the Arctic Council by broadening its agenda to discuss and eventually resolve problems of a circumpolar character and challenges of a cross border nature shared by all littoral states. Since sub-regions of the Arctic may contain special challenges between two or more countries, sub-regional organs like the Barents-Euro Arctic Region may serve a similar role as that of the Arctic Council, but on a sub-regional level

-  Recently it is said that China has possible strategic interests in the Arctic region. Do you think China can put (this policy) into practice?

China is a leading blue water shipping nation and has for the last ten years had a global strategy to quench her industrial needs for more oil and gas. Nearly half of China’s gross domestic product (GDP) is thought to be dependent on shipping.  In the period 1993-2006, Chinese oil companies invested in 120 projects all over the world to a value of more than 27 billion dollars. Big surplus on the trade balance still makes it possible for the Chinese government to further its foreign investment policy in spite of world wide financial crises. This ability also applies to the Arctic.

Although, Assistant Minister of Foreign Affairs, Hu Zhengyue claims that China does not have an Arctic strategy, it appears that she has an Arctic agenda. Expert opinion is that China can be expected to seek a role in determining the political framework and legal foundation of future Arctic activities.  The prospects of the Arctic being navigable during more months of the year, leading to both shorter shipping routes and access to untapped energy resources, has impelled the Chinese government to allocate more resources to Arctic research. China - as a non-Arctic country - has one of the world’s strongest polar scientific capabilities to be applied to the Arctic. Since 1984 China has organized 26 expeditions and established 3 research stations in Antarctica. Her first Arctic research expedition by sea took place in 1999, and since then China has carried out two more expeditions, in 2003 and 2008, with a fourth planned for the summer of 2010. In October 2009 the State Council decided to replace the vessel they used for these expeditions because it no longer met the demand’s of the country’s expanding polar research. The decision is to build a new high tech polar expedition icebreaker at the cost of  300 million US dollars. This vessel is expected to be operational in 2013. China’s first Arctic research station was founded at Ny Ålesund in Svalbard in July 2004.To secure her national interests in the High North, the Chinese government in 2007 launched a national research program covering 10 Arctic projects of geopolitical interest: the Arctic and human society, Arctic resources and their exploitation, Arctic scientific research, Arctic transportation, Arctic law, Arctic politics and diplomacy, military factors in the Arctic, China’s Arctic activities, Arctic’s strategic position, and China’s Arctic policy and recommendations. The program was completed in 2009, but the reports have not been made public. Vice Premier, Li Keqiang in a recent speech urged Chinese scientists to continue to  push forward in polar and oceanic exploration to serve the county’s modernization drive because the oceans has become an important source of natural resources. This being said, to date China has adopted a wait-and-see approach to Arctic developments, wary that active overtures would cause alarm in other countries due to China’s size and status as a rising global power. The Chinese interest in the Arctic is basically related to the exploitation of resource to be fed into here rapidly expanding economy. To do this she needs to cooperate with the coastal states of the region - with those owing the resources and managing  the waterways.

- What other countries can also declare its claims for the Arctic region and what will be the result of their activity.

As of the present, the Arctic five are the only states that have a legal foundation to make sovereignty claims in the High North. Or expressed differently: There are no more territories - neither land nor ocean - to be claimed by anyone anymore; What could be claimed has been claimed.  If the unlikely event should occur that some extraterritorial states would claim sovereignty in the Arctic they would have to claim it at the expense of  the Arctic five. In such an event, conflict is unavoidable, and therefore not a very likely scenario.  The sovereignty exercised over land and seabed in the region are no longer objects of disputes. The ocean space automatically available to non-Arctic states are the High Seas of the Arctic Ocean and the seabed in the Central Arctic Basin. In so called national waters - internal waters, territorial waters, contiguous zones and 200 miles Economic zones - coastal state jurisdiction applies in varying degrees as specified in the Law of the Convention of 1982. The only contentious sovereignty issues in the Arctic relate to the legal status of respectively the Northern Sea Route and the Northwest Passage.

- What is your opinion on the solution of the “Arctic question” to be acceptable to all interested countries?

I am not quite sure what you mean by the notion of the “Arctic question.” If the reference is to the race for Arctic resources, the answer is simple: There is no race. If the reference is to the mounting interest of non-Arctic states for regional resources, their only access to these resources goes through cooperation with the proprietors of the resources, i.e. with the coastal states, the Arctic five. The real challenge, or if you want the “Arctic question” is to get away from the residues of the Cold War and to form a cooperative governance system for the Arctic region as such to be able to manage cross-border problems and challenges in an effective manner. This means to strengthen regional cooperation on three levels: bilaterally, sub-regionally and pan-regionally without interfering negatively on issues that are domestic according to international law. This is the best way to create a win-win situation for all interested parties.