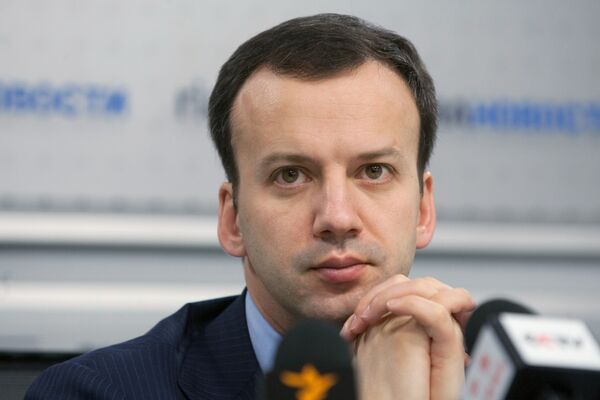 Director of Russian New Economic School Sergei Guriev said that the project would require not only a wide range of financial instruments and tax incentives, but also improvements in the city's infrastructure.

Senior Director of A. T. Kearney business consultancy Martin Walker said Moscow has all it needs to implement such ambitions as Russia is one of the world's ten biggest economies and generates a large flow of capital.

The Russian authorities earlier intended to set up a managing company to deal with the establishment of the international financial center in the Russian capital.

On Tuesday, Kremlin aide Arkady Dvorkovich said a project group under the presidential council for financial markets would oversee Russia's efforts to establish the international financial center in Moscow.

Dvorkovich said the group will be headed by Alexander Voloshin, who worked as Chief of Staff under Boris Yeltsin, and senior experts from countries that already have financial centers will join an international council to maintain the project.

Russian business daily Kommersant quoted a source in the Russian government as saying that Voloshin has long been involved in the project. The source called Voloshin a "calm manager," and said representatives of financial businesses feel comfortable working with him.

Kommersant said that representatives of foreign banking groups have said they are ready to finance the project.

Chairman of the Board of Directors and CEO of Troika Dialog Russian banking group Ruben Vardanyan told Kommersant that the main result of the meeting held on Tuesaday in the Moscow Kremlin was that foreign companies agreed to participate in the project.

Vice-Chairman of the Board of Directors of Credit Suisse banking group Urs Rohner confirmed that banks are ready to finance the project. He gave no further details.

Also on Tuesday, Russian President Dmitry Medvedev said he considered it crucial to attract foreign experts and foreign companies with experience in such projects.

Medvedev also said it was necessary to establish normal and favorable conditions for capital and the relevant tax and customs facilities, to ensure effective judicial protection of property rights, to use modern models of risk insurance, and to create the necessary infrastructure.