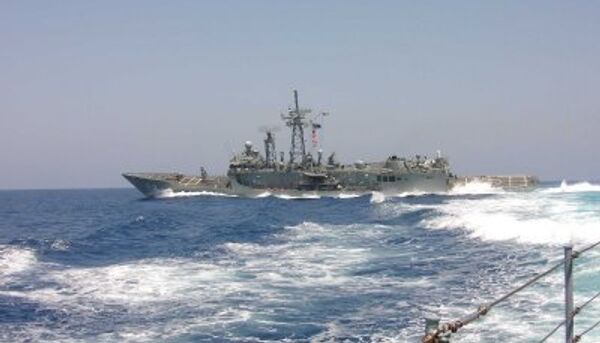 The U.S. Congress approved the deal in September 2008. The frigate will be commissioned as PNS Alamgir on August 31 in the United States.

Reports on the total sum of the deal vary, with several Pakistani sources putting the price at $65-$78 million.

The 32-year-old Oliver Perry-class ship will undergo "comprehensive refurbishment," including the installing of anti-submarine capability. The refurbishment is to be completed in January 2011.

The warship is equipped with anti-ship missiles, a 76-mm naval gun and torpedo launchers, among other things. It can carry two SH-60 Seahawk multi-purpose helicopters.

The deal is likely to pave the way for more purchases of Oliver Perry-class warships for the Pakistani Navy.

Under the U.S. Foreign Assistance Act and the Arms Export Control Act, Pakistan is considered a major non-NATO ally and is able to receive outdated U.S. military equipment.

Russia is a major weapons supplier to Pakistan's arch-foe India. The two states have signed a deal to deliver the Admiral Gorshkov aircraft carrier, currently being retrofitted in Russia for the Indian Navy.