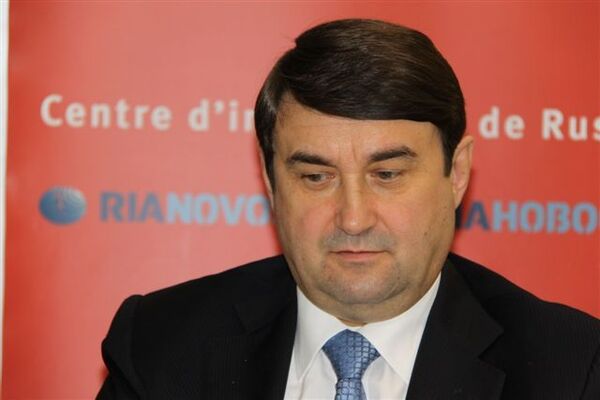 © RIA Novosti . Alexandra Kamenskaya
Subscribe
Russian passenger planes returning from Europe have no problems with their engines despite the spread of ash from a volcano in Iceland, Transportation Minister Igor Levitin said on Monday.

Russian passenger planes returning from Europe have no problems with their engines despite the spread of ash from a volcano in Iceland, Transportation Minister Igor Levitin said on Monday.

The eruption on the Eyjafjallajokull Glacier in Iceland, which began on Wednesday, has disabled air traffic throughout central and northern Europe, leaving thousands of travelers stranded and forcing more than 20 European countries to close their airspace.

"We are studying Aeroflot airplanes which are returning from Europe. So far, there have been no faults with the engines or technical requirements," Levitin said in an interview with Ekho Moskvy radio station.

Experts say that ash from volcanic eruptions pose a threat to aircraft engine turbines and could also cause problems as it settles on aircraft wings.

European airlines at the same time are pressing national aviation authorities to ease a flight ban over the spread of ash from the volcano in Iceland as losses mount and passengers remain stranded.

"With over 63,000 flights canceled since Thursday, many millions of passengers have been affected so far and there is a devastating impact for the aviation industry, the consequences are now expanding to the wider economy given the reliance of businesses on aviation," the Association of European Airlines (AEA), which brings together 36 major air carriers, said in a statement.

According to expert estimates, air companies have suffered losses of up to $150 million euros ($200 million) a day because of flight cancellations.

"While Europe's airlines and airports consider safety to be an absolute priority, they are questioning the proportionality of the flight restrictions currently imposed," the statement said.

European transport ministers are expected to hold an emergency teleconference on Monday to review the results of the test flights and decide whether to reopen airspace over Europe.

About 50% of normal flights over Europe may be able to begin operations on Monday as weather forecasts predict the ash cloud will be dispelled by wind over part of the continent.