Remembrance train to visit WWII battlefields ahead of Victory Day 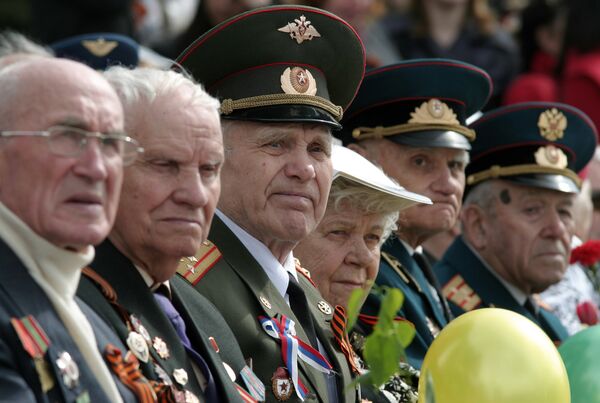 A remembrance train carrying World War II veterans and young people will depart on Monday from Russia's Baltic Sea exclave of Kaliningrad and head to Russia's Smolensk and Belarus's Brest as part of WWII commemorations, the Kaliningrad region's government spokesman has said.

"More than 400 people, both young people and veterans, will take part in this patriotic event, dedicated to the 65th anniversary of victory [in WWII]," the spokesman said.

He said the Kaliningrad residents travelling on the remembrance train would visit a range of places in and near Smolensk, related to the history of WWII, including the Katyn forest, where more than 20,000 Polish POWs were massacred by Soviet secret police during the war.

The spokesman said the participants would also visit Brest Fortress in the Belarusian city of Brest, which was a scene of bloody battles between Nazi and Soviet troops during WWII.

Both Smolensk and Brest were declared Hero Cities for outstanding heroism during the Great Patriotic War.

The remembrance train wil return to Kaliningrad on April 24.

During the memorial tour, the participants are expected to issue "battle leaflets", similar to those which soldiers read for news during, and a newspaper focusing on the participants' impressions from the trip, the spokesman said.

Events like this are common in Russia. In previous years, the remembrance train travelled from Kaliningrad to Moscow, St. Petersburg and Volgograd ahead of Victory Day.