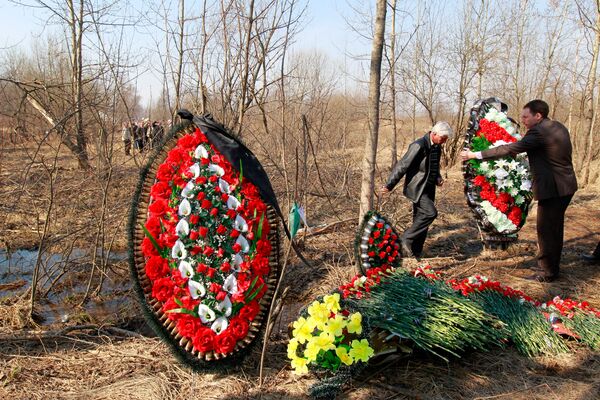 Earlier reports said the number of the crash victims was 96.

"97 people - 89 passengers and eight crew members were on board the Tu-154 that crashed," the ministry said. "All of them died."

The ministry said that 64 bodies had already been identified.

A Soviet-made Tu-154 aircraft carrying a top-level delegation, including Kaczynski and his wife, crashed as it attempted to land at Smolensk airport in thick fog on Saturday morning.

Russian investigators, experts and Polish specialists are jointly investigating the causes of the deadly crash. Polish military prosecutors, however, have opened their own investigation into the accident.