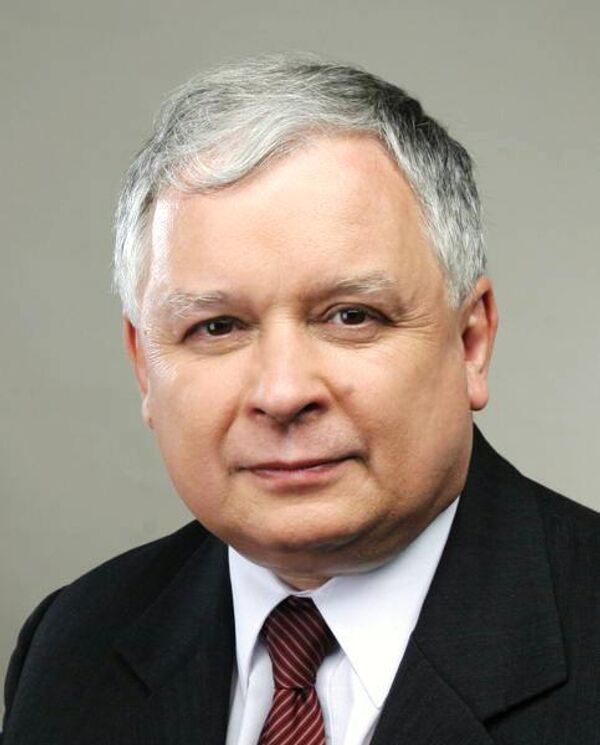 © Photo
Subscribe
Polish President Lech Kaczynski and another 131 people traveling with him to commemorate mass killing of Polish officers during World War Two died on Saturday when his plane crashed on landing in western Russia.

Polish President Lech Kaczynski and another 131 people traveling with him to commemorate mass killing of Polish officers during World War Two died on Saturday when his plane crashed on landing in western Russia.

"On Saturday, President Kaczynski's Tu-154 airplane crashed when landing near the town of Pechorsk, Smolensk region, in heavy fog," Vladimir Markin, a spokesman for the Russian Prosecutor General's Investigations Committee said. "There were 132 people on board the plane, including the president and his spouse."

The 1940 massacre by the Soviet secret police of thousands Polish officers seized by the Red Army, when it invaded the country in the first days of World War Two in September 1939, has become the most painful page in relations between the two Slavic nations. Earlier this month, Russian Prime Minister Vladimir Putin and Polish Prime Minister Donald Tusk jointly paid homage to the dead in the Katyn forest near Smolensk, the scene of the tragedy.

Officials said that apart from the presidential couple and the crew, Kaczinski's Soviet-made Tu-154 three-engine mid-range jet plane carried an official delegation of 85 officials including chief of the armed forces general staff and central bank head. There was no information who else was on board.

Polish Foreign Ministry press secretary Petr Paszkowski said the plane crashed some 300-400 meters from the runway after catching tops of surrounding trees. A Russian security source told RIA Novosti that "a mistake by the crew during landing maneuvers had supposedly caused the crash."

"The investigation is looking into various versions of what happened including unfavorable weather, human factor, technical malfunctions and others," it said in a statement.