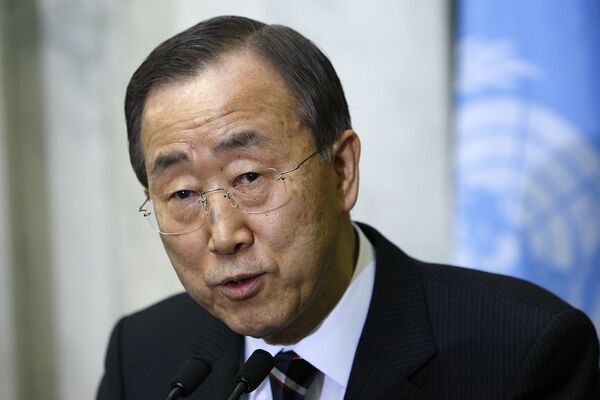 UN Secretary General Ban Ki-moon is to attend a nuclear security summit in Washington on April 12-13, a spokesman said on Friday.

UN Secretary General Ban Ki-moon is to attend a nuclear security summit in Washington on April 12-13, a spokesman said on Friday.

The Washington summit, bringing together almost 40 heads of state, will focus mainly on the vulnerability of nuclear materials and securing them against the threat of terrorist acquisition.

"When he attends next week's summit in Washington, the secretary general will highlight the importance of coordination of global efforts at the national, regional and international level to address these challenges, including strengthening international conventions and institutions," UN spokesman Farhan Haq said in New York.

"He will also discuss his initiatives, including the Action Plan on nuclear disarmament and non-proliferation," he added.

Haq also said that the UN would not comment on Israeli Prime Minster Benjamin Netanyahu's refusal to attend the summit. Israeli officials say the decision was taken after reports that Egypt and Turkey would raise the issue of Tel Aviv's undeclared nuclear capabilities.

The summit comes after the signing on Thursday of a new strategic arms reduction treaty by U.S. President Barack Obama and Russian President Dmitry Medvedev in Prague.