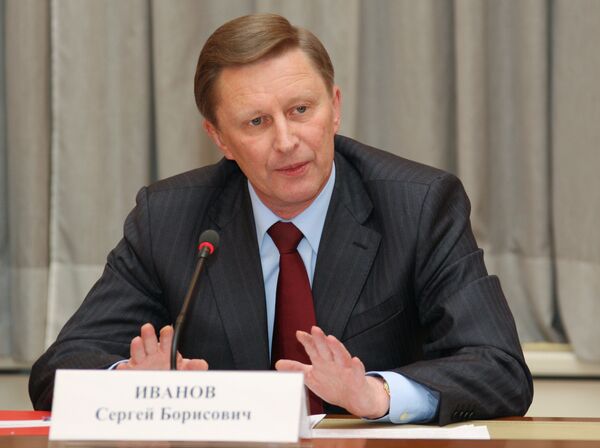 The Russian government has allocated funds for an Arctic expedition to provide scientific grounds for the enlargement of the country's Arctic shelf, Russian First Deputy Prime Minister Sergei Ivanov said on Friday.

"The billions of rubles required for organizing this expedition in 2010 have been provided... and finances for an icebreaker have been found," Ivanov told the Rossiya-24 TV channel.

Ivanov stressed that the main aim of the expedition was to gather scientific facts which would substantiate a Russian application to a UN commission to enlarge its Arctic continental shelf.

Arctic territories have been at the center of geopolitical wrangling between the United States, Russia, Canada, Norway, and Denmark as rising temperatures lead to a reduction in sea ice and make hydrocarbon deposits under the Arctic Ocean increasingly accessible.

Under international law, each of the five Arctic Circle countries has a 322-kilometer (200-mile) exclusive economic zone in the Arctic Ocean.

However, under the United Nations Convention on the Law of the Sea, if a country can show its continental shelf extends beyond the 200-mile limit, it can claim a right to more of the ocean floor.

Russia has undertaken two Arctic expeditions - to the Mendeleyev underwater chain in 2005 and to the Lomonosov Ridge in the summer of 2007 - to support its territorial claims in the region.

It first claimed the territory in 2001, but the United Nations demanded more conclusive evidence.