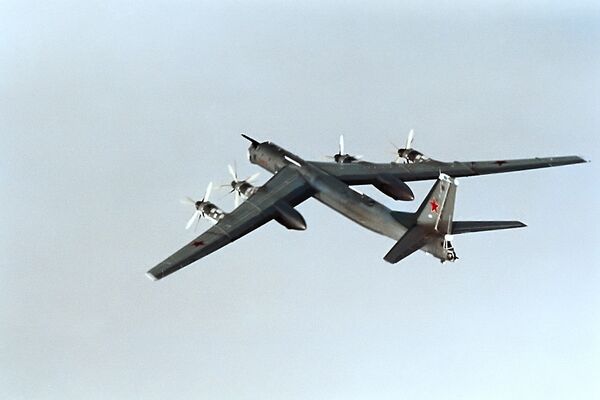 Two Russian Tu-95MS Bear strategic bombers have carried out a routine patrol flight over the Pacific Ocean, the Defense Ministry said on Friday.

"Two Tu-95MS strategic bombers took off from Ukrainka Airbase on April 8 and carried out patrols over neutral waters in the Pacific Ocean and near the Aleutian Islands," Lt. Col. Vladimir Drik said.

During the 15-hour mission, the crews practiced instrumental guidance flights and in-flight refueling.

All flights by Russian aircraft are performed in strict compliance with international law on the use of airspace over neutral waters, without intruding in the airspace of other states.

However, the Russian bombers were shadowed by Canadian F/A-18 Hornet fighter jets during the patrols.

Ukrainka Airbase is one of the largest strategic air force bases in Russia's Far East.