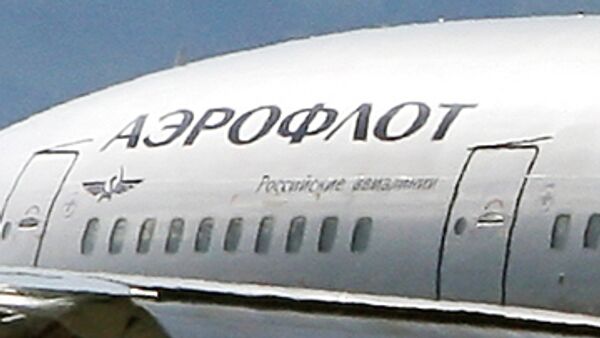 Russia's flagship air carrier Aeroflot plans to create a budget airline among the six smaller airlines merged with the company in February, the Russian RBC daily said on Friday.

"A discount airline will be created on the basis of six smaller airlines. The state-owned hi-tech corporation Russian Technologies running six carriers, will merge them into Aeroflot, RBC daily quoted Aeroflot CEO Vitaly Savelyev as saying.

According to Savelyev, the company plans to create different segment carriers, at least one charter airline and a budget carrier. Aeroflot will remain the premium sector carrier.

The daily said Aeroflot has not specified which of the companies would become its budget subsidiary, but experts predict Orenburg Airlines may take up the role since irregular flights constitute up to 80% of its entire passenger turnover.

Many large airlines often create discount subsidiaries under a parent company. Germany's Lufthansa has a budget airline, Germanwings, and one the leading U.S. air carriers, Delta, also has the Song budget subsidiary.

"The appearance of the new market member will not affect the existing carriers' revenues. The annual growth in passenger traffic is no less than 40%," RBC daily quoted Sky Express CEO, Marina Bukalova, as saying.

Avianova's marketing manager, Zhanna Shalimova, said that the appearance of a new carrier "only confirms that the demand for low-cost airlines exists."

Other Russian budget airlines did not comment on Aeroflot's project.