Russia has nothing to hide about Katyn tragedy - Putin 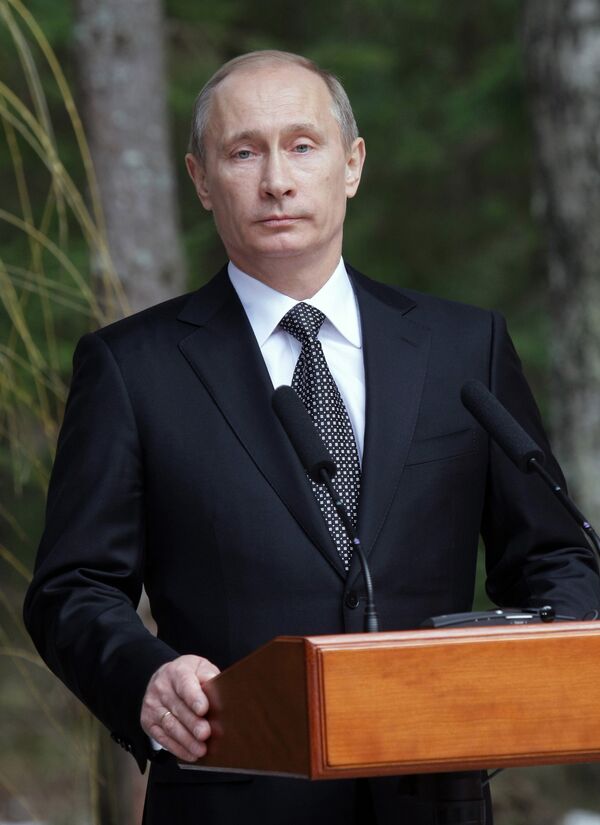 Russia has nothing to hide about the World War II Katyn massacre in Poland, Russian Prime Minister Vladimir Putin said on Wednesday.

"There is nothing concealing the truth about this crime...everything is open and on display, particularly in the millions of documents [about the massacre] we have given to our Polish partners," Putin said.

Putin and his Polish counterpart Donald Tusk took part in a memorial service for the 1940 massacre in which over 20,000 Polish officers, police and civilians taken prisoner during the  partitioning of Poland by the Soviet Union and Nazi Germany were killed in the Katyn forest near the western Russian city of Smolensk, as well as in prisons and other locations by the NKVD.

Putin said the massacre in Katyn may have been an act of revenge by soviet dictator Joseph Stalin for the deaths of 32,000 Red army soldiers seized by Poland during the 1920 war with Soviet Russia.

"To my great shame I did not known that Stalin commanded a military operation in the Soviet-Polish war in 1920 ...Then, as is widely known, the Red Army was defeated. Lots of Red Army soldiers were captured. According to recent data 32,000 died from starvation and disease in Polish captivity," Putin told journalists at a press conference after talks with his polish counterpart Donald Tusk.

Putin said that, in his opinion, Stalin is personally responsible for the tragedy and that there can be no justification for the crimes committed by the totalitarian regime.

"Crimes do not stop being crimes," he added.

Putin said the NKVD, the forerunner to the KGB, and the chief of the secret police Lavrenti Beria were guilty for the parts they played in Katyn massacare.

Putin said Poland and Russia needed to reset relations and should preserve the memory of the past, "however bitter the truth could be."