Russia to have full gamut of air, outer space defenses by 2015 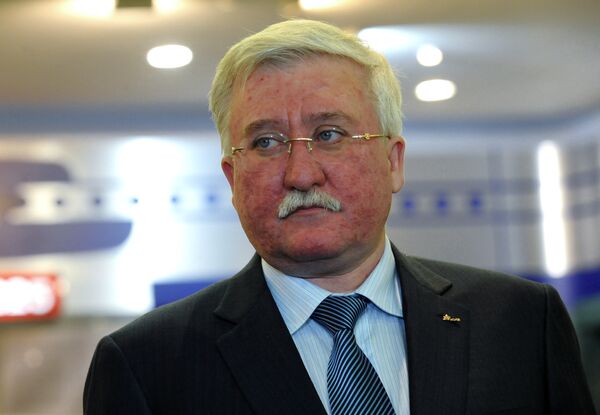 Russia's space defense system will have a comprehensive network of air and outer space defense facilities, a leading missile manufacturer said on Friday.

"By 2015, we will have Morfei short-range air-defense complexes, Vityaz, Favorit and S-500 medium-range systems, and something else," said Igor Ashurbeili, general director of the Almaz-Antei concern's design bureau.

"In this way, Russia will have the complete array of military-space defense capabilities," he said.

He said the 2015 deadline was linked to the fact that by that time S-300 PS antiaircraft complexes, the first in the S-300 series, would have been taken out of service.

He also said Antei was currently developing six new types of air-defense/missile defense systems, of which he only named the Vityaz medium-range antiaircraft missile complex.

Earlier in the day, he said Russia had just completed the delivery of a total of 15 batteries of S-300 surface-to-air missile systems to China, adding that there was a "huge line" of foreign clients waiting to buy S-300s and a more advanced version, the S-400, but that no new contracts would be signed for the time being.

"First we have to arm the Russian military. If there are available production capacities and we fulfill our current contracts, then this process [the signing of new contracts] will resume," he said.

Ashurbeili added that the situation regarding spare capacity would not become clear until after the Defense Ministry adopted a state arms procurement program through 2020.

The advanced version of the S-300 missile system, called S-300PMU1 (SA-20 Gargoyle), has a range of over 150 kilometers (over 93 miles) and can intercept ballistic missiles and aircraft at low and high altitudes, making the system an effective tool for warding off possible airstrikes.

First deployed by the Soviet Union in 1979, the S-300 is still considered to be one of the most potent antiaircraft missile systems available. It can simultaneously track up to 100 targets and engage up to 12.