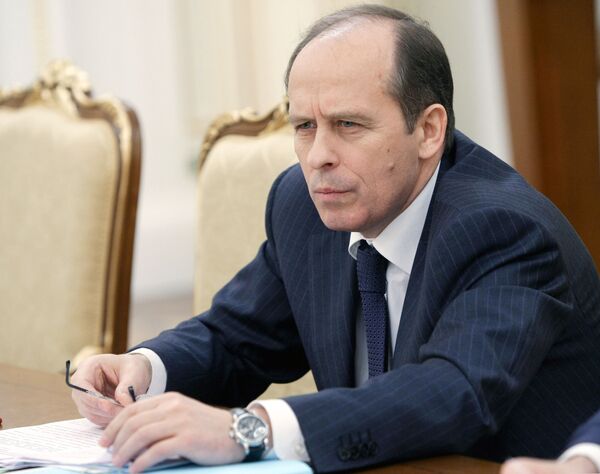 Alexander Bortnikov said there was evidence showing the attacks had been carried out by gangs "linked to the North Caucasus."

Two explosions on Wednesday in the town of Kizlyar, near Dagestan's border with Chechnya, killed 12 people and left 29 injured.

Bortnikov said the service had cast a dragnet for the organizers.

He did not indicate how many suspects had been detained, only saying they were being questioned intensively.

Prime Minister Vladimir Putin said on Wednesday a single terrorist group may be behind the bombings in Moscow and Dagestan.

Chechen militant leader Doku Umarov claimed responsibility on Wednesday for the metro attacks, saying in a video message they were revenge for a special operation carried out by federal security forces on February 11, 2010, when 18 militants and four civilians were killed in Ingushetia. He threatened further attacks.