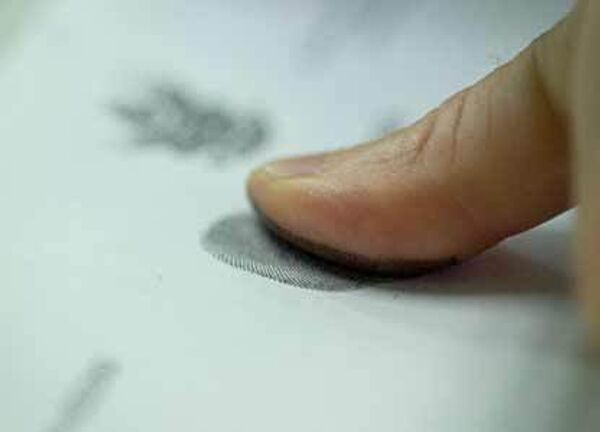 Requiring every Russian to register his fingerprints and DNA in a national database would expand rather than violate citizens' rights, Russia's top forensics investigator told RIA Novosti.

Requiring every Russian to register his fingerprints and DNA in a national database would expand rather than violate citizens' rights, Russia's top forensics investigator told RIA Novosti.

"We are convinced that the universal compulsory fingerprint and DNA registration of citizens would be in the interest of the state and every citizen, and therefore has the right to exist," said Yury Lekanov, head of forensics at the Investigative Committee of the Prosecutor General's Office..

"We believe that such registration would violate no rights except the right to be buried anonymously ... or to commit a crime and go unpunished," he said in an interview.

A law on creating a DNA database in Russia came into effect on January 1, 2009, but only made it compulsory for some criminals. Private individuals have the option of registering their data.

Lekanov said that putting the personal information in a centralized database would in essence be the same as the internal passport or other forms of registration already in use, the only difference being that modern technology means fingerprint and DNA data can sometimes be used to identify an individual more accurately and quickly than a passport photograph.

He added that it was important to ensure the information would not be used against individuals.

Making a wider case for the state to gather the data, Lekanov said it could be used not just to track down criminals, but also to identify the victims of accidents, manmade and natural disasters, and military conflicts.

More than 50 people died this week in terrorist attacks in Moscow and Dagestan, and some of the victims have not been identified.

Lekanov admitted that creating a DNA database was currently prohibitively expensive for Russia, even though it would be more effective than a fingerprint record, but said it was just a matter of time.

"In just 10 years this problem will, I am sure, be eliminated, thanks again to scientific and technological progress," he said.