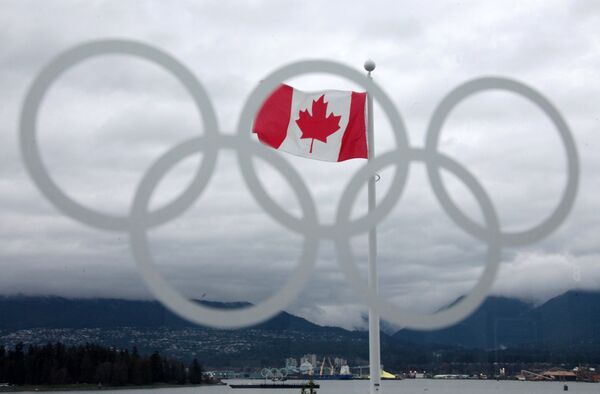 In an unusual debate on Wednesday, the upper house of the Russian parliament declared that Russia's performance at the Winter Olympics in Vancouver was "unsatisfactory."

In an unusual debate on Wednesday, the upper house of the Russian parliament declared that Russia's performance at the Winter Olympics in Vancouver was "unsatisfactory."

A lot of hopes had been pinned on Russia's superstar-packed ice hockey team, but it was knocked out of the tournament at the quarterfinal stage by eventual winners Canada.

And decades of Russian dominance in figure skating came to a dramatic end as Russian athletes failed to grab any gold medals for the first time since 1964.

The Federation Council issued its groundbreaking statement after hearing a report from Sports Minister Vitaly Mutko delivered a report on Russia's Olympic performance, declaring that the lack of medals was a "consequence of serious defects in the system for preparing athletes."

By contrast, the Council praised the Russian Paralympic team, who topped the Vancouver overall standings with 38 medals and were second in the gold medal count after Germany.

"The success of its performance was determined by high-quality preparation of athletes and a balanced approach to the selection of coaches," the statement said.

The statement appears to support a Kremlin-led purge of officials deemed responsible for Russia's poor performance at the Games.

In early March, Medvedev urged senior sports officials responsible for Russia's "dismal" showing at the Olympics to "make a courageous decision" and leave their posts.

Last week, Medvedev dismissed the presidents of Russia's Ski Race Federation and Figure Skating Federation, Vladimir Loginov and Valentin Piseyev, from the Presidential Council for the development of physical culture and sport and sporting excellence, and the organization of the 2014 Sochi Winter Olympics and Paralympics and the 2013 Kazan Summer Universiade.

Mutko, who was also under heavy pressure to resign, remains the minister for sport. He has said Russian skiers "won't race quicker if someone is fired."

Last Friday, Medvedev said the funds allocated for the development of sport had been spent ineffectively. He also threatened to hand over a report on Russia's Olympic performance to be prepared by the state audit chamber to the Prosecutor General's Office.