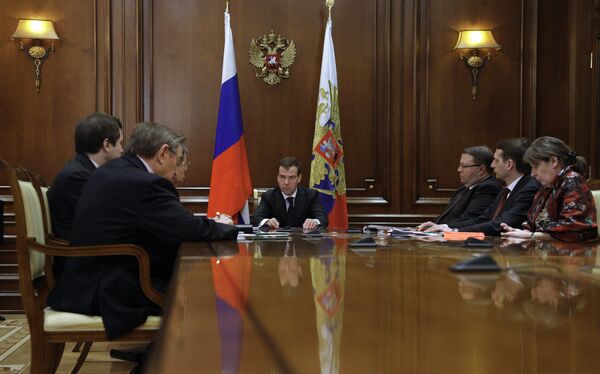 His comments came as the upper house of the Russian parliament mulled proposing amendments to the criminal law stipulating the death penalty for organizers of terrorist attacks resulting in multiple deaths.

The Russian president did not specify what particular changes should be introduced to the law.

The chairman of the Federation Council's Committee on Legal and Juridical Issues said earlier on Monday the committee was preparing amendments to the country's criminal law stipulating the death penalty for organizers of terrorist attacks resulting in multiple deaths. The current law provides for life imprisonment for terrorist acts leading to the death of a single individual.

He said the committee would introduce the draft law to the government and the Supreme Court for approval at the earliest possible date.

The death penalty was de-facto abolished in Russia in 1996. The country imposed the moratorium after it joined the Council of Europe that year and signed the European Convention on Human Rights, but it has not ratified the document yet.

The Russian parliamentarian said, however, "if such terrible crimes take place, we should propose the society a new variant of criminal punishment, so that people involved in a terrorist attack know what to expect."

He added the amendments to be worked out by the Federation Council's committee also stipulated that people involved in terrorist attacks resulting in multiple loss of life could not be pardoned.

On Monday, the Russian Communist leader, Gennady Zyuganov, proposed the death penalty be reinstated for "the most heinous crimes."

"It's difficult to imagine a crime more horrible than the one that occurred today," he said, pointing to Monday's blasts.