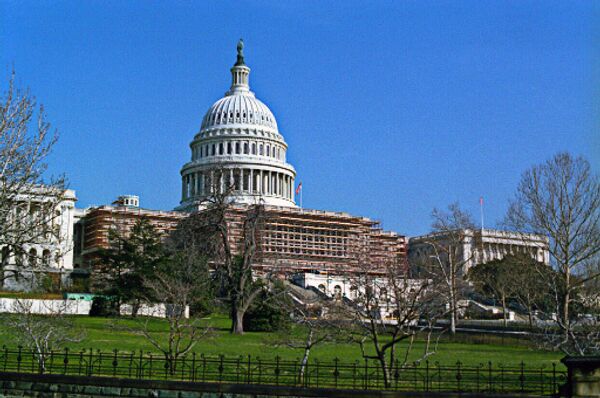 © RIA Novosti
Subscribe
International
India
Africa
The United States is aiming to get the new Russian-U.S. treaty on strategic weapons cuts ratified by the end of the year.

The United States is aiming to get the new Russian-U.S. treaty on strategic weapons cuts ratified by the end of the year, a senior State Department official said.

"Our goal is to submit the treaty in the late spring and to seek ratification by the end of the year," Undersecretary for Arms Control Ellen Tauscher said.

Earlier, Foreign Minister Sergei Lavrov said that the new treaty on strategic offensive arms would be submitted for ratification in the Federation Council and State Duma shortly after its signing.

Washington and Moscow announced last week that the agreement would be signed by presidents Dmitry Medvedev and Barack Obama in Prague on April 8.

Lavrov added that Russia was working on the understanding that the ratification process would be synchronized.

Tauscher said the treaty on strategic offensive arms showed how the two countries could successfully work together.

The two sides had hoped to agree a replacement to the START 1 before the 1991 treaty expired on December 5, but negotiations dragged on, particularly due to disagreements over U.S. plans for missile defenses in Europe.

Tauscher said several times during the special briefing that the new agreement would not limit the establishment of U.S. missile defense system, as it applied only to strategic offensive arms.