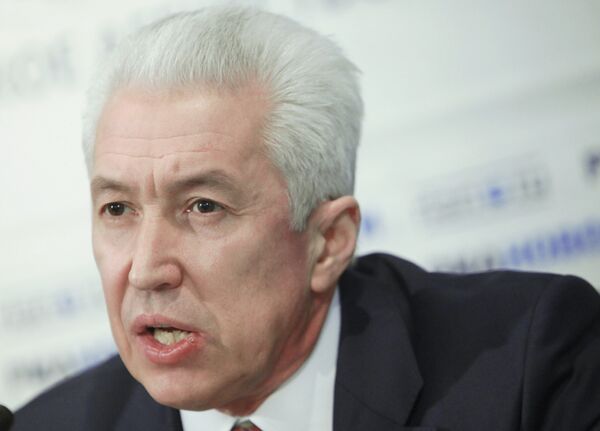 Today's terrorist attacks on the Moscow subway should not influence Russia's immigration policy, although Russia should continue to fight illegal immigration, a senior MP said on Monday.

The two blasts that occurred on Monday morning killed at least 38 people and injured over 60. The Federal Security Service (FSB) said terrorists from Russia's volatile North Caucasus may have been responsible for the blasts.

Head of the State Duma Security Committee Vladimir Vasilyev said Russia, like any state, needed legal immigrants "because without them it is difficult to ensure economic development."

He said, however, that illegal immigrants should continue to be treated "like wrongdoers."

Speaking at a news conference at RIA Novosti, he warned journalists against playing up the "nationalist and religious angle" of stories and advised them to carefully verify sources.

There have already been media reports today of attacks on "Muslim looking" people in Moscow.

Echo Mosvky radio said two Muslim women were beaten on a train between the Avtozavodskaya and Paveletskaya metro stations.

The Russian tabloid Moskovsky Komsomolets reported an incident at Kuntsevskaya station in western Moscow where two men of "Caucasian appearance" were assailed when they refused to show their bags to "a group of vigilantes."

The first of this mornings terrorist attacks took place at 7:52 a.m. (03:52 GMT) at the Lubyanka station, located a short distance from the FSB headquarters. The second bomb detonated some 40 minutes later at the nearby Park Kultury station, within walking distance of the Kremlin.

Russian President Dmitry Medvedev has called for tightened security across the country in the light of the attacks.