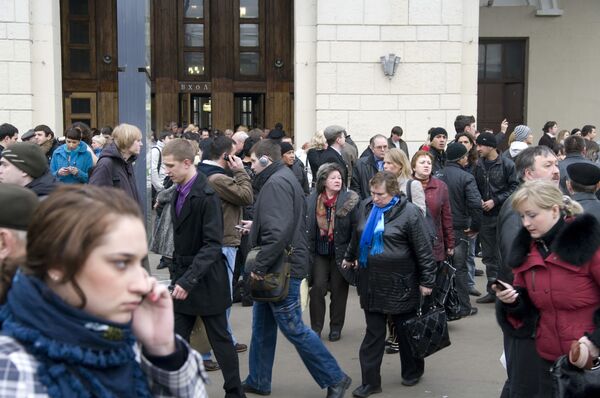 A storm of telephone calls and messages hit Moscow's mobile networks as Muscovites and visitors to the Russian capital tried to reach their friends and relatives in the panic after the terrorist attacks. Operators had to switch off some services, such as 3G, to maintain call and message services without interruptions.

Separate explosions in Moscow's Lubyanka and Park Kultury subway stations during the early morning rush hour, the first at approximately 8:00 a.m. Moscow time (5:00 GMT) and the second about 40 minutes later. At least 38 people died and dozens were injured.

"Due to the terrorist attacks, the company's management has decided to return MTS subscribers in Moscow and the Moscow Region their money for SMS messages sent on Monday from 8:00 a.m. until 23:59 p.m.," Elena Kohanovskaya said.

MTS is Russia's largest mobile service provider. There has been no word on whether its rivals will follow suit.