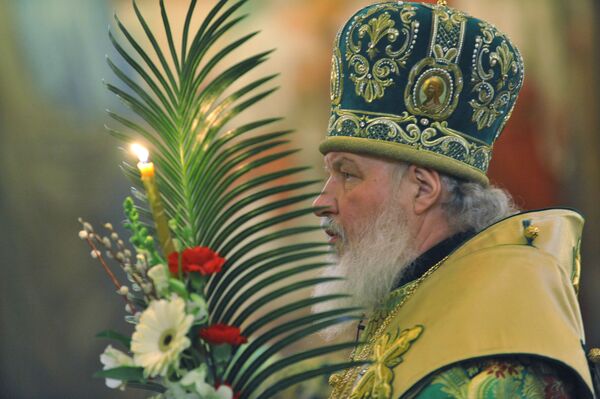 The Council of Muftis said "extremism and terrorism have no basis in the Holy Quran."

Russia's chief rabbi, Berl Lazar, said he was sure the masterminds of the terrorist attack would get the punishment they deserved.

Patriarch Kirill of Moscow and All Russia, who heads the Russian Orthodox Church, called for solidarity in the face of the tragedy and condemned not only the terrorists but people who have tried to cash in on human grief.

"I've just been told that taxi drivers have raised their prices several times just because people are unable to use the metro," he said, warning that "this money will do you no good."

The first attack took place at 7:52 a.m. (03:52 GMT) at the Lubyanka station, located a short distance from the FSB headquarters. The second bomb detonated some 40 minutes later at the nearby Park Kultury station, within walking distance of the Kremlin.

Federal Security Service (FSB) Director Alexander Bortnikov said in both cases the bombs were packed with metal nuts and bolts meant to increase the destructive nature of the blast.

A police source earlier told RIA Novosti that the bomb was detonated at a height of 100-200 cm and was apparently attached to the waist of a female suicide bomber.

Bortnikov, said terrorists from Russia's volatile North Caucasus may have been responsible for the blasts. He said the bodies of "two female suicide bombers who were residing in the North Caucasus had been found at the explosion sites."

Russian President Dmitry Medvedev has called for tightened security across the country in the light of the attacks.