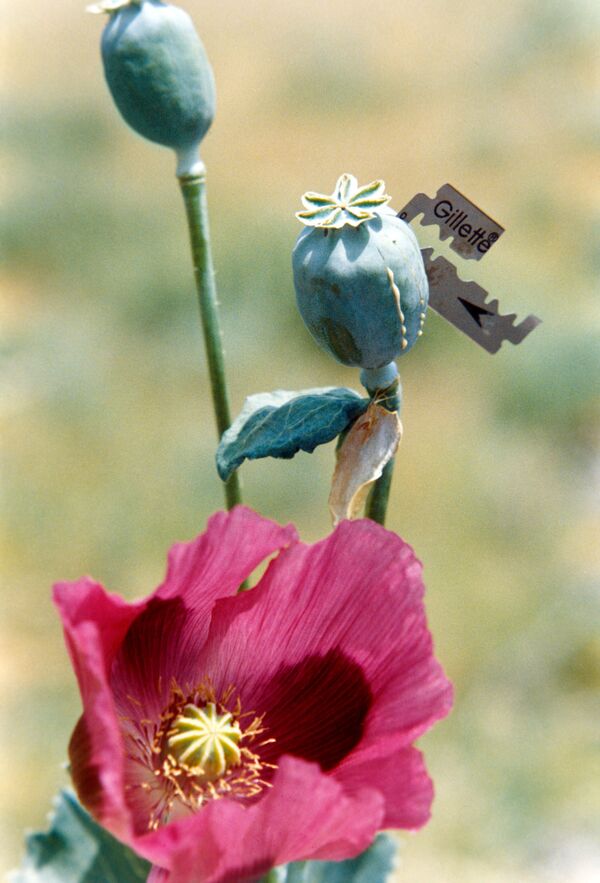 © RIA Novosti . Sergei Zhukov
/
Go to the mediabank
Subscribe
International
India
Africa
On March 24, Russia and NATO discussed efforts to combat drug trafficking in Afghanistan at an extended meeting of the NATO-Russia Council in Brussels.

On March 24, Russia and NATO discussed efforts to combat drug trafficking in Afghanistan at an extended meeting of the NATO-Russia Council in Brussels.

Predictably, Moscow failed to persuade NATO to step up its campaign against the drug trade in Afghanistan.

Viktor Ivanov, Head of Russia's Federal Service for Drug Control, tried to persuade NATO representatives to start destroying poppy plantations. The response was that NATO forces already tried to eradicate poppy fields, but it only antagonized Afghan farmers and drove them into the arms of the Taliban.

NATO has now decided to leave the farmers alone and to crack down on drug lords, laboratories and smugglers instead.

Previously, Russia failed to add a similar clause in a UN Security Council resolution on extending the mandate of the NATO-led International Security Assistance Force (ISAF) in Afghanistan. Other efforts have also proved futile.

A rather vicious and sinister opium circle is emerging. The United States and NATO are saying that Afghan farmers need to grow opium to survive and that depriving them of their livelihood will only turn them against NATO and toward the Taliban, which buys most of its weapons with money from the opium trade.

No one disagrees with this assessment. NATO spokesman James Appathurai says the primary objective of the 120,000 NATO troops in Afghanistan is to destroy the Taliban, which would, in turn, solve the opium problem.

However, the numbers do not support Appathurai's claims. Afghanistan currently produces 93% of the world's heroin. The UN estimates that the Afghan opium trade is a $65 billion a year business. Only 3-4% ($150-300 million) of this amount goes to Taliban insurgents. Farmers and plantation owners get $500 million, while the powerful drug mafia pockets the rest.

It turns out that combating illicit drug trafficking is a more important and difficult task than defeating the Taliban, although the two tasks are interconnected.

NATO's position is not without merit. It would be too costly to have troops spray poppy fields with chemicals. The army is supposed to be in the business of fighting, not agriculture. Besides, large units would be required to protect these "crop-dusters", turning the campaign into a military operation, and an expensive one at that.

It would be no less expensive to hire civilian contractors or drug-enforcement agents, who would also require the protection of troops to prevent casualties. This is not a viable option.

NATO claims it is pointless to destroy these plantations because the Taliban has stockpiled tremendous amounts of opium, which they could sell uninterrupted for the next few years without growing new crops. And still new opium is being grown.

U.S. President Barack Obama has announced a "new course" on opium, which targets smugglers and processors rather than farmers. Under this policy, Afghan farmers receive compensation for switching to different crops.

This policy is yielding results. The area of opium plantations fell 22% last year, though it still exceeds 2006 levels. According to the most optimistic estimates, the production of unprocessed opium has declined by 10%. British experts point out that recently Afghan farmers have been figuring out ways to extract more of the milky juice from poppies. Each hectare of poppies now yields 56 kg of opium (a 15% increase from a year ago).

Since coalition forces invaded Afghanistan almost nine years ago, they have made little progress in eradicating opium plantations, which supply the bulk of the world's heroin. It's not a case of "one step forward, two steps back". Some results have been achieved, after all. It's more like one step forward, one step back, and two to the side.

In February 2010, the United Nations Office on Drugs and Crime (UNODC) published a report predicting that opium cultivation will not decline in 2010 but that the reductions achieved in 2008 and 2009 will be maintained. Even then, Afghanistan produced twice as much heroin than the world consumed. Let me emphasize that this is an estimate, as precise figures are unavailable.

The most striking feature of the debate over Afghan heroin is that virtually all the concerned parties are right in their own way. Russia is right to advocate a massive opium-eradication program, as are the United States and NATO for choosing to crack down on drug smugglers and producers instead.

It's as if everyone is moving in one direction down parallel streets, which will never merge into a single, wide avenue. Moscow, Washington and Brussels would accomplish much more if they joined forces.

True, some serious, albeit idealistic, analysts claim that the best way forward is to try to eliminate the global demand for drugs, as this would undermine supply. While this just proposal deserves to be immortalized in platinum or granite, it is a task of Biblical proportions, tantamount to fighting sin itself.

Not to mention that preventive measures, alternatives, the destruction of drugs and the financing of new agencies would cost the equivalent of several Afghan wars and take many years to accomplish.

Afghan drugs take an especially heavy toll on Russia's population. According to Russian analysts, 75-80 metric tons, or 21%, of Afghan heroin, makes its way to Russia, resulting in the deaths of 30,000 to 40,000 young Russians.