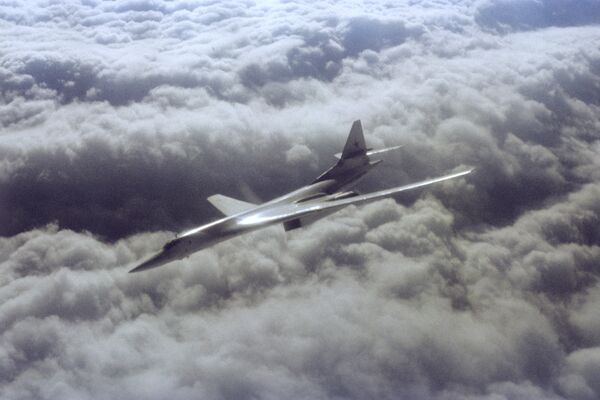 The U.K. Defense Ministry said on Thursday that two RAF Tornado F3 fighters took off on alert after the Russian bombers allegedly intruded the country's airspace northwest of Scotland. The statement said the planes accompanied the Russian bombers until they left British airspace.

Drik added that the Russian Air Force had distributed an official statement on March 12, which said that two Russian Tu-160s had carried out an 11-hour routine patrol mission over the Arctic and Atlantic Oceans and were shadowed by four NATO fighters - two NATO F-16 Fighting Falcons of the Norwegian Air Force and two RAF Tornados.

"All flights of Air Force aircraft were and are fulfilled in strict compliance with the international rules on the use of airspace over neutral waters, without violation of other states' borders," Drik said.

A similar patrol mission in September 2009 was shadowed by an F-22 Raptor, reportedly the first time the world's only fifth-generation fighter aircraft, which uses stealth technology, was sent out to keep an eye on Russian planes.