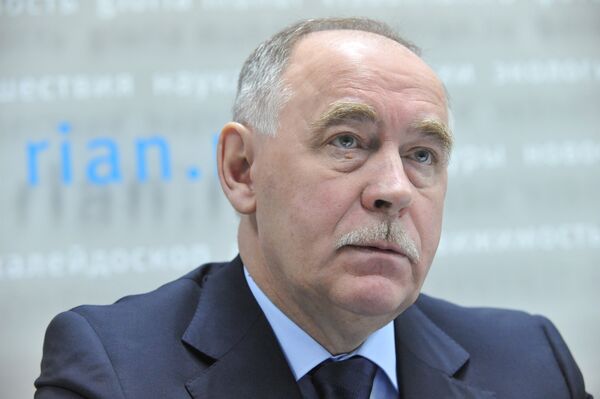 © RIA Novosti . Sergei Pyatakov
/
Go to the photo bank
Subscribe
Russia's drug control chief said on Thursday he had a problem with NATO's reluctance to eliminate opium plantations in Afghanistan.

Russia's drug control chief said on Thursday he had a problem with NATO's reluctance to eliminate opium plantations in Afghanistan.

Head of the Federal Drug Control Service Viktor Ivanov criticized a NATO statement which said the organization would be prepared to destroy the plantations if the UN passed a special resolution, but that Afghan poppy farmers must not be left without means of livelihood.

"I had a long conversation with chairman of the [NATO] Military Committee Admiral Giampaolo di Paola, who said that NATO forces will eliminate opium plantations if this task is set by the UN," Ivanov said.

"If there are no plantations, there will be no drug trafficking or heroin and opium in our countries," he added.

However, he said NATO spokesman James Apparthurai announced today that the alliance cannot allow a situation where people in one of the world's poorest nations are left without means of livelihood and receive no compensation.

"This touching concern about the Afghan peasants is surprising, to say the least," Ivanov said.

He stressed that NATO's position is at odds with a UN resolution making it incumbent on all UN member states to eliminate illegal drug plantations.

"All NATO countries are members of the UN, and they also voted for this resolution," he said.

Afghan drug production increased dramatically after the U.S.-led invasion that toppled the Taliban in 2001, and Russia has been one of the most affected countries, with heroin consumption rising steeply. An estimated 90% of heroin consumed in Russia is trafficked from Afghanistan via Tajikistan and Uzbekistan.