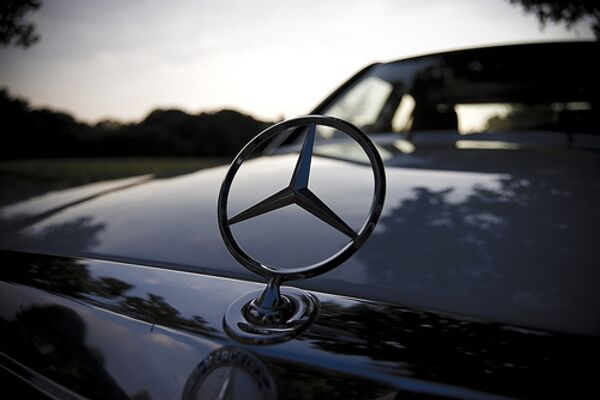 Daimler AG has been accused of bribing officials in 22 countries in 1998-2008 to obtain government contracts for car deliveries. Vedomosti quoted the U.S. Department of Justice investigating the case as saying Russian federal and local officials were among those who had received bribes.

In 2000-2005 alone, Russian officials received some 5.02 million euros ($6.7 million) and around 80,000 German marks (more than $54,000) as government contract payoffs from the German auto giant, which accounts for 7.8% of the total worth of the contracts signed during that period, the paper said.

The company refused to comment on the issue until a U.S. District of Columbia court session is held, as well as the Mercedes-Benz's Russian branch which was reportedly organizing the transfer of funds, the paper said.

Among the cars delivered to Russia under such contracts were Mercedes for top Russian officials, including the president, the prime minister, top judges, and parliament speakers, Vedomosti said. The paper quoted a source close to the country's service providing security to Russian top officials as saying a total of 100 Mercedes were purchased under compromised contracts.

According to the U.S. Department of Justice, the Russian Interior Ministry, Defense Ministry, as well as Moscow government officials and authorities in Ufa (Bashkortostan republic) and Novy Urengoy (Yamalo-Nenets Autonomous Area) are accused of taking bribes from Daimler.

"Until this is done they cannot be considered facts from Russian perspective of law," he said.

The deputy head of the Russian Interior Ministry's Economic Security Department, Alexander Nazarov, told journalists on Thursday his agency was ready to join the investigation if the country's Prosecutor General's Office gave such an order.

According to Vedomosti, the contracts signed by Daimler AG with the help of officials in different countries reportedly brought the company an estimated $50 million in revenues.