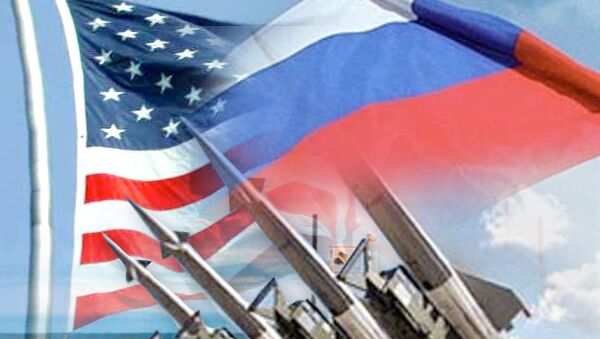 © Сollage by RIA Novosti
Subscribe
Moscow may have jumped the gun in announcing that a Russia-U.S. arms control pact was ready to be signed, a White House spokesman indicated on Wednesday.

Moscow may have jumped the gun in announcing that a Russia-U.S. arms control pact was ready to be signed, a White House spokesman indicated on Wednesday.

A Kremlin source who had requested anonymity said earlier in the day the two countries had reached agreement on all the documents for a new strategic arms pact, which could be signed in Prague.

"We are very close to having an agreement on a START treaty, but we won't have one until President Obama and his counterpart Mr. Medvedev have a chance to speak," White House spokesman Robert Gibbs said.

Acting Deputy Department Spokesman Mark Toner said: "We are still working to finalize a new START treaty but we have talked to our Czech allies and the Russians about a signing in Prague when the treaty is finished," adding the sides were "close but not finished."

Russia and the United States have been negotiating a strategic arms reduction pact since the two countries' presidents met in April last year, but the work on the document has dragged on, with U.S. plans for missile defense in Europe a particular sticking point.

START 1, the cornerstone of a post-Cold War arms control setup, expired on December 5 2009.