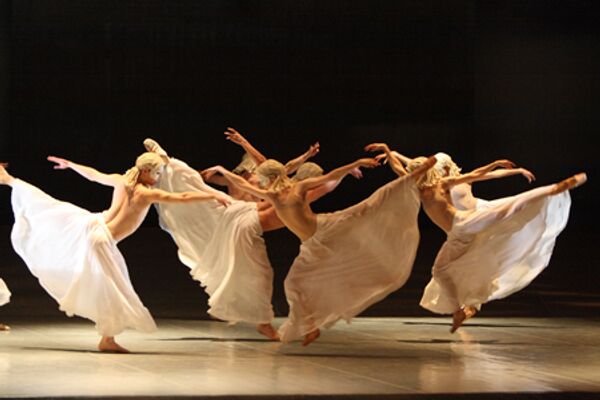 Subscribe
The European public will be able to see ballets staged by Russia's Bolshoi Theatre on cinema screens in real time starting from March 31, the organizers of the project said on Wednesday.

The European public will be able to see ballets staged by Russia's Bolshoi Theatre on cinema screens in real time starting from March 31, the organizers of the project said on Wednesday.

Some 150 cinemas, mainly in France, will host the real-time shows of the Flames of Paris ballet on the last day of March, allowing Europeans to feel the atmosphere of the world famous Russian theatre without travelling to Moscow.

The project comes during the Year of France in Russia and Russia in France.

France's Paris, Avignon, Le Havre, Lyon, Nancy, Nice, Toulon, and Toulouse, as well as Switzerland's Bern and Lausanne, are among the first cities expected to see the unprecedented shows.

The Bolshoi, in cooperation with the French company Bel Air Mebia, will show more ballets in some 200 French cinemas in the next season, which will start in the fall, the theatre's Deputy Director General Anton Getman said.

The project will open with Pyotr Tchaikovsky's Swan Lake on September 26, he said. The Nutcracker by Tchaikovsky will follow on December 19.

"It is hard to overestimate the significance of these projects. This is a real step towards the penetration of Russian art into the European continent," he said.

The Flames of Paris ballet by Russian composer Boris Asafyev and choreographer Vasily Vainonen was first staged in 1932. The ballet is based on the events of the French Revolution, including the storming of the Tuileries Palace by the Marseillais and their victorious march on Paris.

The modern version of the ballet, choreographed by Alexei Ratmansky, was staged in the Bolshoi Theatre in 2008.