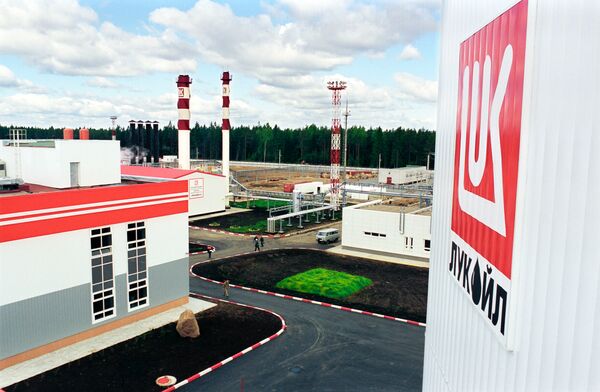 "We have kept our rights to this project and are ready to return to it under a favorable economic situation," Stanislav Kuzyayev, head of LUKoil Overseas in charge of company's projects abroad, said while presenting the company's U.S. GAAP financial statements for 2009.

LUKoil's announcement followed the company's statement earlier in the day that it had abandoned the Anaran oil project in Iran due to international sanctions.

In its consolidated US GAAP financial statements for 2009, posted on its website, LUKoil said its "income before one-off impairment losses (including impairment loss for the Anaran project in Iran, which was abandoned due to international sanctions) reached $7,352 million."

The United States has imposed tough sanctions on international energy companies operating in Iran, including fines and other "disincentives."

The Anaran field, with estimated oil reserves of 2 billion barrels, was operated by a consortium of Norwegian StatoilHydro (75%) and LUKoil Overseas (25%).