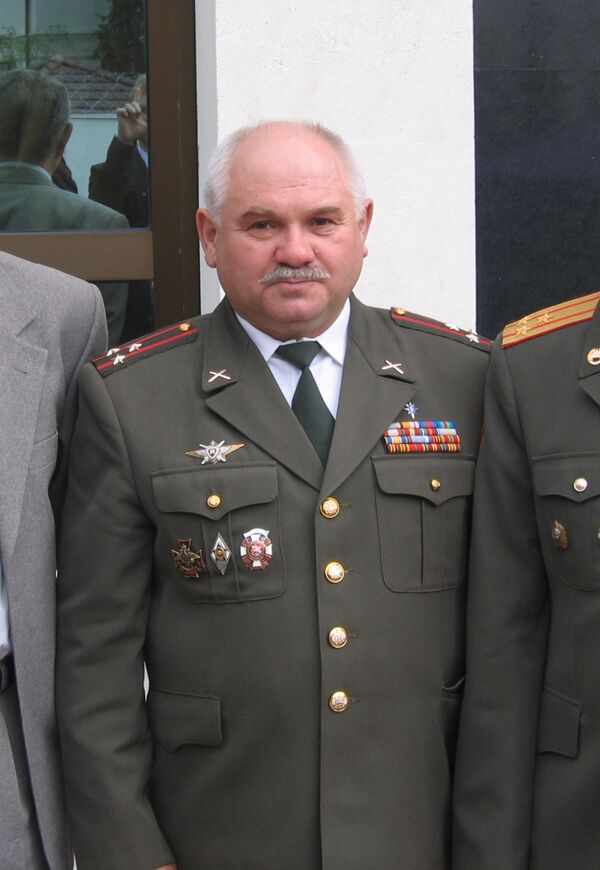 © Photo : by Russian Peacekeeping Forces in Transdnestr
Subscribe
Peacekeepers from Russia, Moldova and Transdnestr will practice interoperability during joint exercises on March 24-25, the head of the Russian peacekeeping contingent in Transdnestr said on Wednesday.

Peacekeepers from Russia, Moldova and Transdnestr will practice interoperability during joint exercises on March 24-25, the head of the Russian peacekeeping contingent in Transdnestr said on Wednesday.

"The main aim of the drills is to improve interoperability of peacekeepers from Russia, Moldova and Transdnestr," Col. Anatoly Zverev told RIA Novosti.

The drills will be held at checkpoints near one of the bridges over the Dniestr River, which separates Moldova from its breakaway region of Transdnestr.

Transdnestr has been considered a "frozen conflict" zone since a brief war in 1992, which was the culmination of tensions between Chisinau and Tiraspol following the breakup of the Soviet Union.

Russia, Ukraine and the Organization for Security and Cooperation in Europe (OSCE) are mediators in the conflict, and the European Union and the United States are observers.

The peacekeeping operation in the region is carried out by the Collective Peacekeeping Forces, comprising 402 Russian, 492 Transdnestrian, 355 Moldovan troops and 10 Ukrainian observers.

The peacekeepers man a total of 15 checkpoints in the unrecognized republic.

Tensions in the region flared up shortly after four pro-Western parties ended eight years of communist rule in Moldova by forming in September last year a coalition government, which has openly supported unification with Romania and closer ties with the West.

The new Moldovan leadership demanded the withdrawal of Russian troops from the country and the replacement of the current peacekeeping operation by a multi-national mission with an international mandate.

Transdnestr, on the contrary, has asked Russia to increase its peacekeeping contingent in the conflict zone to 2,400 troops amid concerns that Moldova could attempt to bring its breakaway region back under its rule through military intervention.

The talks on the future of Transdnestr in the "five-plus-two" format, involving Russia, Ukraine, OSCE, Moldova, Transdnestr, with the United States and the EU as observers, have been frozen since February 2006.