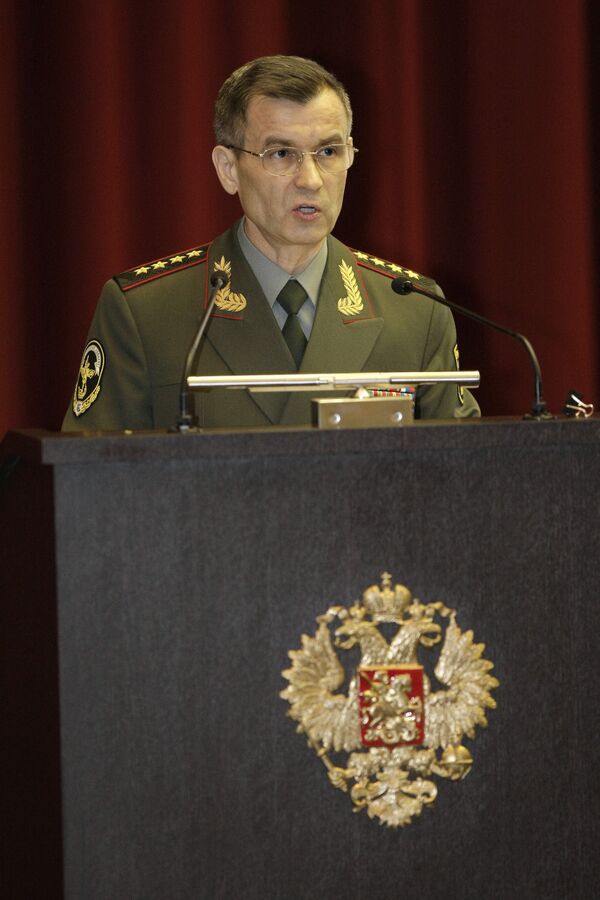 © RIA Novosti
/
Go to the photo bank
Subscribe
Russians will be able to take part in writing a new law on police reform, the Russian Interior Ministry said.

Russians will be able to take part in writing a new law on police reform, the Russian Interior Ministry said.

"We are planning to finish work on the project this spring. It will be released on the Interior Ministry's official website after that," Rashid Nurgaliev said in an interview with Russian radio station, Militseiskaya Volna (Police Channel).

"Citizens will be able to leave their suggestions and comments," he continued adding that all of them will be considered.

Nurgaliev said that it is very important for people to know that their government takes care of every citizen, their security, health, property, rights and freedom.

He said the Ministry seeks to ensure citizens meet policemen who are "professional, communicative, engaging and sympathetic" on the street and in police stations.

"Anti-corruption will be a pivotal component of the new law," Nuragaliev said adding that "the demands and actions of a police officer should be clear and understandable to every citizen and citizens should be able to have confidence in their personal security."

The reputation of the Russian police force has declined dramatically in recent years. In just over 18 months, Russian police officers have been convicted of burning a suspect to death, going on shooting sprees and rape.

Following a series of brutal crimes by police officers, Russian President Dmitry Medvedev has moved to introduce tougher punishment on policemen found guilty of committing crimes. He submitted a bill to parliament imposing harsher sentences on policemen than on civilians. In December he announced extensive reforms to the Interior Ministry.

Nurgaliev was given nine months to implement police reforms in Russia. If he fails to do so he will be dismissed from his post as Interior Minister.

This month human rights activists held a sanctioned rally calling for police reform, the dismissal of top officials in the Interior Ministry and no more persecution of honest policemen.

Moscow Police Chief Vladimir Kolokoltsev said the number of complaints against Moscow police officers declined by 47% in the first two months of 2010 compared to the same period in 2009.